In his remarks, the Air Chief said that Turkey has always stood by Pakistan in the hour of trial.

At evening, General Hasan Kucukakayuz, Commander Turkish Air Force called on General Qamar Javed Bajwa, Chief of Army Staff (COAS) at GHQ.
Matters of mutual and professional interest including regional security situation were discussed during the meeting. Both expressed satisfaction on the brotherly relations between the two countries. 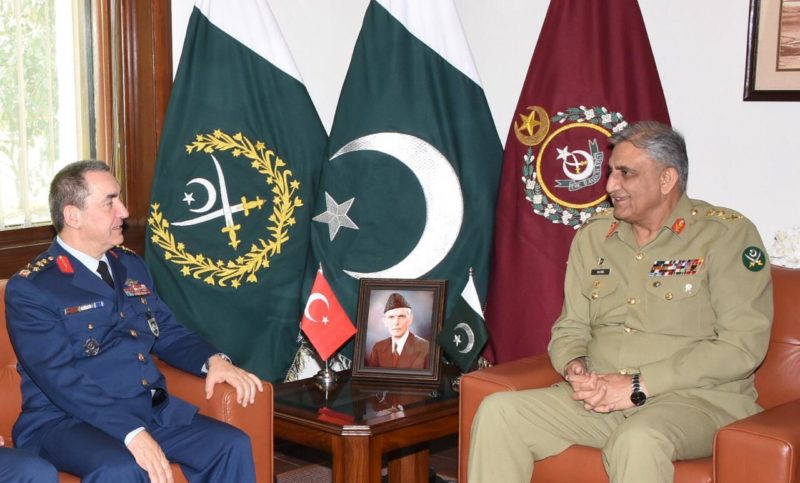 Mati
Mati-Ullah is the Online Editor For DND. He is the real man to handle the team around the Country and get news from them and provide to you instantly.
Share
Facebook
Twitter
Pinterest
WhatsApp
Previous articleConflict resolution key to strategic stability in region: Qureshi
Next articlePresident Arif Alvi Confers Nishan-i-Imtiaz (Military) Upon Commander Turkish Air Force