ISLAMABAD, Pakistan: The Islamabad Traffic Police (ITP) and the City Traffic Police Rawalpindi have devised a Traffic Diversion Plan for motorists of both the adjoining Cities in the wake of the first Test Match between Pakistan and Sri Lanka.

The Sri Lankan Cricket Team has already arrived in the Federal Capital for the two-match Test Series which would begin on Wednesday with the first Test at Rawalpindi Cricket Stadium from December 11-15, 2019.

After Pakistan-Sri Lanka First Test Match in Rawalpindi, the Second Test will take place at National Stadium in Karachi from December 19-23, 2019.

Warm welcome to the visitors to the federal capital.#PAKvSL action to being on Wednesday. Get your match tickets now! 🎫 pic.twitter.com/8e6OqMPhpm

Meanwhile in a bid to avoid inconvenience for the commuters of both the Cities, both ITP and the City Traffic Police Rawalpindi have chalked out a traffic plan which would remain in place from 06:00 am to 06:00 pm daily (December 10 to 15, 2019).

Sri Lankan Cricket Team has arrived in Islamabad. We are providing them with highest level of security. Traffic will be temporary closed during their movement from the stadium to their hotel. Traffic plan is as follows. Apologies for inconvenience pic.twitter.com/R3kOCYoVKU

The Stadium Road from 9th Avenue to Double Road Turn at Murree Road will remain closed for all kinds of traffic. 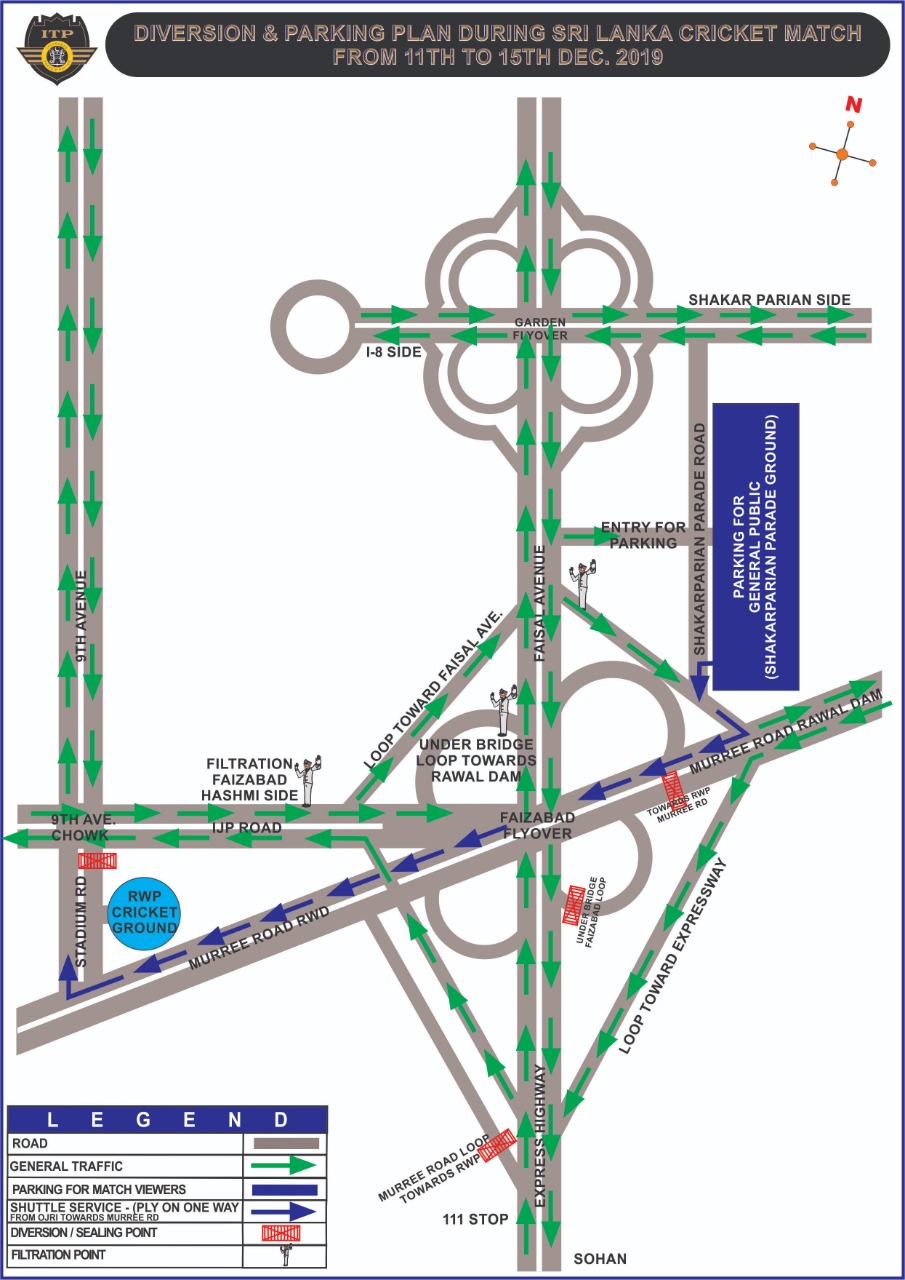 The Metro Bus Service between Rawalpindi and Islamabad will also remain suspended from 9:00 am to 10.30 am and from 4:00 pm to 6:00 pm from December 10-15 as part of the security arrangements for the Test Match between Pakistan and Sri Lanka at Rawalpindi Pindi Stadium.

Mati
Mati-Ullah is the Online Editor For DND. He is the real man to handle the team around the Country and get news from them and provide to you instantly.
Share
Facebook
Twitter
Pinterest
WhatsApp
Previous articleWatch Ehd e Wafa Episode 12 online by Hum TV
Next articleSDG Hackathon 2019 concludes