ISLAMABAD, Pakistan: On the eve of religious processions of 8th Muharram ul Haram, the Islamabad Traffic Police (ITP) has devised a traffic plan to facilitate the motorists in the Federal Capital.

In the Federal Capital, four various processions will be taken out on Wednesday; therefore, the ITP has asked the commuters to use alternative routes to avoid inconvenience.

Meanwhile, the Islamabad Traffic Police has issued a traffic plan, mentioning the processions routes and suggesting alternative routes for the people of the Federal Capital. 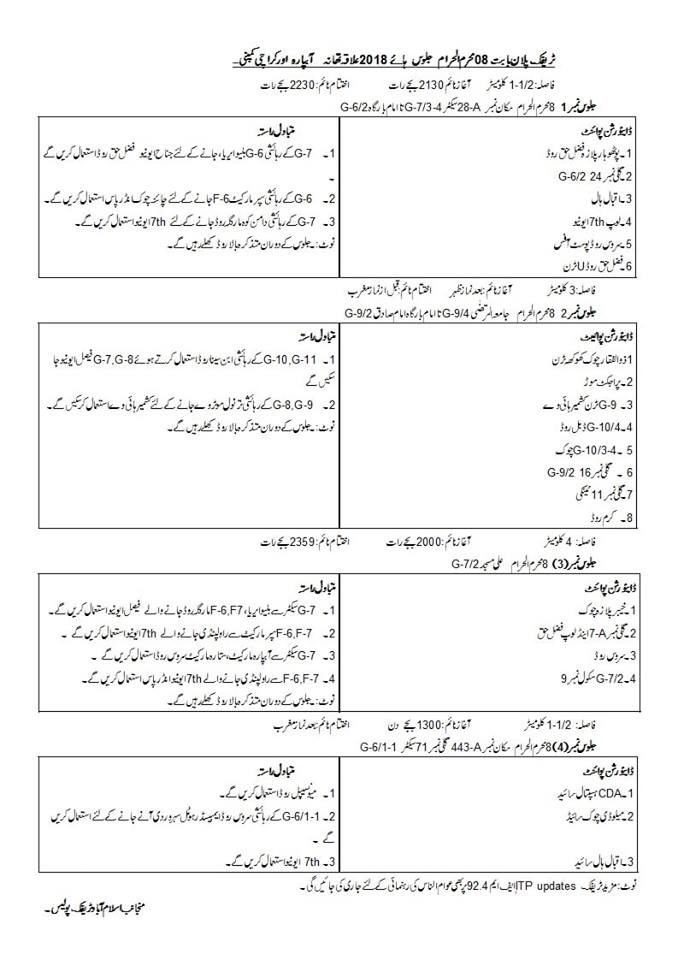 The CTO said that the City Traffic Police (CTP) are implementing a comprehensive traffic plan formulated for Muharram ul Haram in order to facilitate the citizens. He said that all arrangements have been finalized to provide proper security to Majalis and Muharram processions.

Mati
Mati-Ullah is the Online Editor For DND. He is the real man to handle the team around the Country and get news from them and provide to you instantly.
Share
Facebook
Twitter
Pinterest
WhatsApp
Previous articleNawaz Sharif’s conviction was to keep him out of 2018 elections: Ahsan Iqbal
Next articleCPEC destined to succeed, Pak Army Chief says in meeting with Chinese president