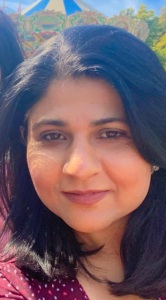 I recalled a memory today, or possibly I never had forgotten that. But this time I certainly remembered it more undoubtedly. Today it was fresher and slightly brighter than ever before.

It was about me and my father sitting together, talking about one of our family members, who was not in an incredibly happy phase in life at that particular time. My father had a very strong personality and had lived his life as an orphan. And though he had seen all the hardships imaginable, I had never seen him crying even once in my life.

That strange evening, he did something unpredicted. He pulled a passport size photo of that family member, who was going through a turbulent patch, from his pocket and said,”jab main is tasveer ko daikhta hon to mera dil karta hay main oncha oncha raown” (When I look at this photo, I want to cry aloud).

I was so shocked that I could not even cry, and I truly did not know what to say to him. I tried to comfort him, but he in a couple of minutes composed himself with his beautiful smile again and changed the topic. I remember whenever he smiled, his eyes smiled too.

What to listen to when sound is only vibration, and what to live for when the soul is already left?

For many years I wondered why did he say he wanted to cry, why did he not just cry? I wanted to tell him—Father you can cry, please,— show your grief. Pain lessens with giving out, and you have all the right to be sad. But he departed with many unasked questions and with many unheard answers.

I kept questioning, why people do hide their sorrows, why people don’t cry, why we all are afraid to share our grieves? Why do we smile when the heart is disappearing, why should we talk when words are not making sense, what to listen to when sound is only vibration, and what to live for when the soul is already left.

Is grief worthless and not vendable?

One day me and my sister had a discussion that suddenly turned into an intense argument. She was on the pragmatic tip of the spectrum and was confident, that grief is worthless and not vendable.

Me, on the other hand, was on the emotional tip of the spectrum and was boiling to say a lot of things but lacked arguments. She with a winning smile, placed the closing dialogue”, well grief and pain can be tolerated for a day or two, but what next?”

I admitted the defeat, and instead of getting an answer to my only question, why we can’t cry and show our pain? I was now sitting there with multiple questions in my thoughts. What is next after exhibiting grief and why is the world not fascinated by our grieving hearts?

And even though, grief is so pure, greater than happiness, far bigger than love, and is filled with legitimate sentiments and clean sensations, where are the buyers?

Grief does not welcome rainbows, springs, and butterflies. It is rather a collapse of spring directly into winter.

My father departed the world, but he did not want me to have questions about anything. I believe, he transferred tiny pieces of him among many others around me. He handed over the luggage at departure gates to those who were alike him, luggage filled with wisdom and illuminations to all my problems. I started getting my answers at places unexpected and from people who were strangers.

My myths and metaphors got explained one by one in enigmatic ways. And yesterday was the day when my grief theory received a reply. Just on an ordinary day, in a grocery store, where I was buying eggplant and tomatoes, milk and bread, I got a call from an extraordinary person.

The person on the other end of the telephone was, Samina Amjad(the mother of late Arfa Karim). We started talking and somehow or other our conversation rerouted to grief and how do people respond to grievers. She in her beautiful soft voice replied conclusively, “I agree Fozia, there are no buyers for grief, but that’s what we have, that’s what we are left with-grief is not sellable though”.

I just forgot my grocery list; I could not remember what I was doing before. I kept on going back and forth and in circles around the racks.

I was thinking about how to act when grief is the only thing left?

Grief does not come along with treasures or pleasures, desires or drives, neither does it come hand in hand with promises, opportunities, positive energies, chances, passions, lights, and fireworks. Grief does not welcome rainbows, springs, and butterflies. It is rather a collapse of spring directly into winter, bypassing the autumn, and staying as it is forever.

Sellers and buyers sign a silent contract. Sellers hand over the thread of grief and buyers agree upon they will knit hope with it.

Gham akala ata hay, tab he to gham kahlata hay-Grief accompanies none, that’s why it is called grief. And unlike many other things in life, grief arrives unforeseen and stands alone. Grief comes to stay and sucks all the other things away.

But if gham (grief) was not shared, what relation did I have with Samina or any of the Karims? I did not know her personally. Yes-she is the mother of Arfa Karim. But why does my heart melts, whenever I see her on television or social media? Why do I weep before she weeps, why do I believe in her, and why do I keep on driving strengths and motivation from her? And why I so wanted to share my emotions, my happenings with her?

Agar yeah gham ka Rishta nahen hay to phir yeah kia hay? Aur agar gham bikta nahen to meri almari main rakha kia hay? (What is it if it’s not a relation of pain between us, and what is in my closet if grief is not to sell?)

And if the grief was the only thing she was left with, why is she so composed? If she is not selling anything, why she is still in the market? Why Arfa is still living, although a decade has passed since her worldly departure? If her parents were not selling anything, then why the name of their daughter has not vanished?

Right there I got my answer. I triumphed my argument with my sister, with the world, and with my own self.

Gham kah badlay main aansoo miltay hain, tashakar milta hay, duain milte hain, talaq jurtay hain ,laeken qeemat nahen milte ,wo qeemat nahen milte jo dunya walown ke nazar main qeemti kahlate hay( Grief is sellable, but sellers don’t get paid, at least not in this world. It can only be traded with tears, with gratitude, and with prayers, but not with the money, not with something considered valuable to those who are not involved in this transaction of feelings)

We the buyers of grief do not have enough cash to pay. No bitcoins, no currency in this world is ever enough to buy the grief. Its priceless. Its unique.

Its purchase is done secretly and silently, in the middle of the night, in sajoods, at tahajad prayers, drenched with tears without ATM cards or bank accounts.

Sellers and buyers sign a silent contract. Sellers hand over the thread of grief and buyers agree upon they will knit hope with it, they will use it to curtain new passions, and they will stitch future unseen with it. Many will shade it in the assorted colors and will sew butterflies to enlighten their days, some will only use yellow and weave fireflies to illuminate their nights.

Few will dye it into multiple shades and will craft paths of rainbows for people to arrive.

Grief is difficult, yet precious. Nobody wishes for it or wants it; it is just bestowed upon. Its valueless as the first receiver and yet the most valuable when handed over.

Its heavier than mountains for those who stand first in ques and become lighter than feather for whom standing last in the line.

Grief is a gift for the selected ones, for the exceptional ones, for the ones who first receive it and then keep this boiling liquid in the vessel of their hearts, then nurture this as a karm and atta (blessing), then transform it to something wonderful and amazing and finally hand it over to the worthies and receive nothing in return. It is a bundle from Allah Subhan a tala to those who say shukar and Hamd (praise) before even opening it, who accept the unaccepted and turn invaluable to valuable.

Grief in fact is sellable, and once sold, becomes a treasure for the one who buys it and for the generations to come.