Toyota IMC first revealed the Yaris back on March 27, 2020 and tested it on the Pakistani roads.

The Yaris was launched to compete against Pakistan’s all-time favorite Honda civic and replace the Toyota Corolla XLI and GLI variants.

Recently, Toyota announced that they have officially started taking booking for the brand-new car. 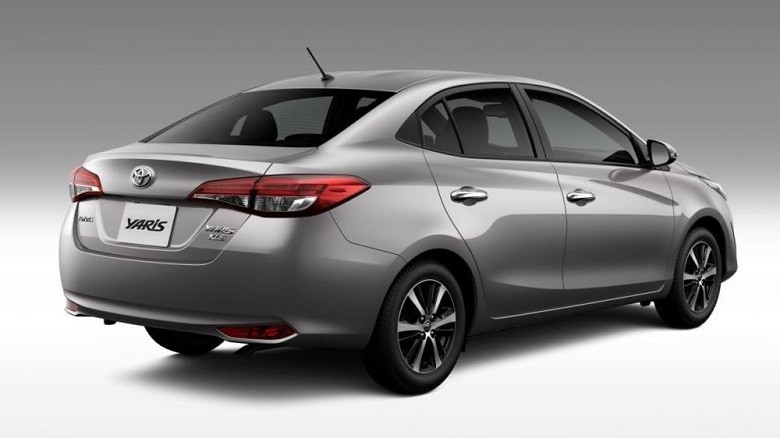 All you need to know about the new Yaris

To be honest the Yaris looks like an upgraded design of the Toyota corolla.

The design is not too aggressive rather it is a bit chunky in terms of looks.

Other than that, the wheels are 15-inch alloys which also feel small for the competition.

Anyway, on the exterior, there are 4 beam halogen headlights along with fog-lights and Daytime Running Lights (DRLs).

Apart from that, there is other fancy stuff such as key-less entry, side-mirror mounted indicators, LED taillights, and smart trunk-lid release button.

However, the interior will not disappoint you at all, with Toyota’s usual combination of black and beige trim, with additional silver trim-pieces the car looks sleek from the inside.

Apart from that, there is a 4.2 TFT screen that includes information such as range, fuel, odometer reading, fuel average, time, temperature, selected gear and drive-mode, and a 6-speaker stereo and various steering wheel control switches.

You can also get an advanced infotainment system with a 6-inch touchscreen and an automatic climate control system, which will be in the optional extras.

The car is launched in 6 variants, 4 of which will feature a 1.3-liter 4-cylinder petrol engine that makes 97 horsepower and 123 newton-meters of torque.

The remaining 2 top-end variants will feature a 1.5-liter 4-cylinder petrol engine that makes 105 horsepower and 140 newton-meters of torque.

Both engines will be mated to a 5-speed manual or a 7-speed CVT automatic transmission depending on which of the 6 variants you decide to go for.