According to Pakwheels.com, Toyota Corolla Cross will be launched officially in Pakistan next month and Toyota Indus Motor Company (IMC) has revealed the specs and features of the cars which will be available for the Pakistani market.

The car is reportedly being brought in from Thailand as a Complete Built-up Unit (CBU) as it is one of the hottest sellers in every market. 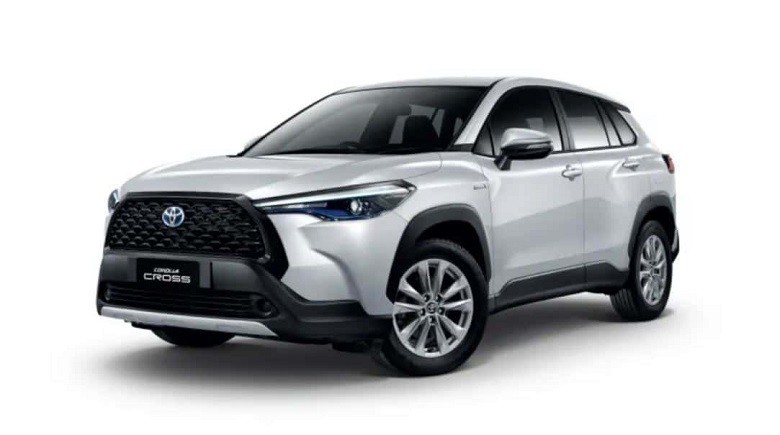 The specs of the new SUV are pretty decent, the vehicle has a 1.8-liter 4-cylinder hybrid petrol engine that combines with the performance of the electric motor to make 168 horsepower at 3600 RPM and 305 newton-meters of torque at 3600 RPM. All of this power is sent to the front wheels only via an eCVT automatic transmission.

According to reports, IMC will introduce two variants of the Corolla Cross to Pakistan.

The finer variant will feature seven airbags for the driver, passenger, sides, drive knee, and curtains, while the base-variant car only has dual airbags. Both variants have ABS, Hill Start Assist, parking sensors, and passenger seat sensors as the standard.

Both cars feature a panoramic sunroof, a shark fin antenna, a rear wiper with auto sensors, push start, smart entry, and multiple drive modes as the standard. However, only the higher variant has adaptive cruise control. 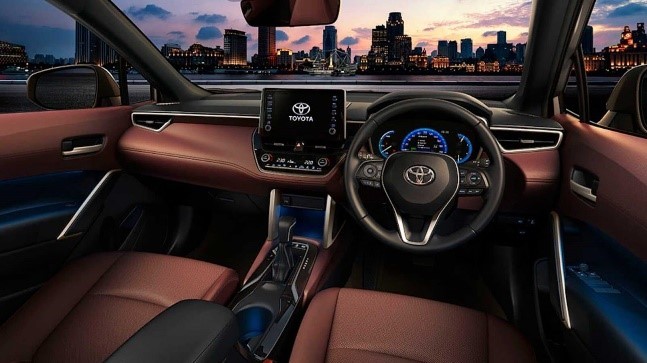 On the side of the interior, the finer variant has 8-inch touchscreen infotainment, leather seats, Dual-Zone Climate Control, and rear AC vents. Inside the low-end variant are fabric seats, a basic audio system with CD/BT, and Single-Zone Auto climate control, but no AC vents for the rear seats.

Additionally, the finer variant has a power + kick sensor trunk door while the base variant only has an electronically locking boot.

The base variant is reported to be missing a lot of basic features for an SUV at its price point. Nonetheless, because it is a CBU, the starting price of the Corolla Cross will be Rs. 8.5 million, which is more expensive than the larger and arguably better-equipped Toyota Fortuner – a midsize, 7-seater SUV with a price tag of Rs 7.7 million. At this price point, the car has pretty tough rivals such as the Kia Sportage and the upcoming MG.