Pakistan’s gross official foreign exchange reserves have reduced to $6 billion in the second last week of December, 2022. It has once again set the alarm ringing for country’s potential default risk. Moreover, the monthly import bill is $5.2 billion and required payment for net external debt is about $4.5 billion. Such bleak economic situation has now attained the status of normalcy in Pakistan. Pakistan is facing the potential risk of default twice in the month of December alone. Pakistan repays $1billion international bond on 2nd December. It has helped Pakistan to evade the risk of near-term default, whilst long term default still remains.

Pakistan signed up for a $6 billion IMF program in 2019. The country’s ninth review is still pending, and marginal negotiations are taking place between IMF and the government to disburse $1.18 billion. According to former finance minister Miftah Ismail Pakistan’s default risk will linger over until and unless IMF came to the table. Such chronic dependency on international financial institutions is because Pakistan is unable to create fiscal space on its own.

International financial institutions are once again stressing on to cut developmental budget to create fiscal space. Meeting their conditionalities for loan disbursement has always been a gigantic task for Pakistan’s economic policy makers.  In order to break this vicious cycle of borrowing from International financial institutions to deal with fiscal deficit, Pakistan must prepare an economic security agenda. The first and foremost question in this regard is how to create fiscal space for Pakistan which has inadequate tax collection, persistent financial imbalances, and is in dire need to invest in human and physical resources?

According to IMF working paper  “Tax Capacity and Growth: Is there a Tipping Point?”, published in 2016 that Countries begin to grow more rapidly when tax revenue reaches almost 15% of GDP. Sizable informal sector/economy presents a significant problem for developing countries like Pakistan hoping to improve their social security systems and increase access to quality education and health care. The Labour Force Survey 2017-18 states that outside of agriculture, the informal sector employs 71.7% of people, with rural areas having a higher percentage (75.6%) than urban areas (68.1 per cent).


The portion of any economy that is not subject to government regulation or taxation is known as the “informal economy.” Even though it accounts for a sizable share of economies in developing

Countries like Pakistan, the informal sector is usually labeled as problematic. High numbers of self-employment, low skill levels, and unstable sources of income are typical characteristics of the informal sector. This restricts the ability to tax income, especially from lower-income groups. It also involves a larger reliance on funding from government revenue sources for socio-economic security programs (like BISP, Ahsaas program or Sehat card etc) than on the contributing models prevalent in advanced nations.

The lack of structural economic reforms, the legal, regulatory, and policy frameworks, as well as other micro-level determinants such as no education or low equality education, poverty, political instability, and lack of access to financial and other resources, are among the underlying causes of informality in Pakistan.

Tax collection in Pakistan has always been subjected to extensive debate on media without any meaningful conclusion being deduced. Like many issues of national importance, the issue of taxing is also heavily politicized. Revenue generation in terms of tax collection is crucial for economic security but we don’t see it happening any time soon not only due to economic restraints but also due to lack of political will on part of those in power. Moreover, governments in the past have eliminated a number of taxes to benefit certain group of people. Additionally, many big industries have been exempted from taxes at various points in time.

One of the biggest reasons of financial imbalance in Pakistan is lack of efficient spending policy.  Efficient spending can impact socioeconomic conditions greatly. A proper framework is needed to ensure that all spending are accomplishing their economic and social goals, without creating fiscal deficit. It is important to take into account the long-term effects of greater expenditure in addition to whether there is room in the annual budget. According to former finance minister Miftah Ismail limiting major public sector and inter provincial development projects along with limiting current expenditure which also include defense budget, is very important to reduce fiscal deficit. He also suggests cutting down payments to sub-national jurisdictions from the current 57.5 percent to about 40 percent of the divisible pool over the course of five years.

Economic security agenda should also include investment in Physical and human resource. For this purpose policy and institutional reforms are crucial.For instance, lowering the thresholds for income tax and sales tax is possible as administrative capacity is increased. Systems for risk-based tax audits can improve compliance and tax equity. The idea of C-efficiency, which is defined as the ratio of actual revenue to prospective revenue loss of 40% across all country income categories, can be used to investigate the possibility for such revenue gains in the context of the sales tax.

Pakistan spends a lot of money on ineffective energy subsidies intended to shield domestic customers from fluctuating international oil prices. Lack of a robust safety net for efficiently shielding the poor from rising energy prices is a major hurdle in restructuring these subsidies. Strategies for enhancing tax capacity should be framed within a larger framework that encompasses input from the general public, good governance, and involvement from all branches of government. Plans for tax reform must be incorporated into national development strategies that prioritize spending requirements. 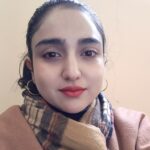 Qurat-Ul-Ain Shabbir is a research officer at the center for International Strategic Studies (CISS) AJK. Currently she is pursuing her PhD degree in DSS from Quaid-i-Azam University. Her areas of interest include contemporary security and security and conflict analysis.