ISLAMABAD, Pakistan: The Pakistan Telecommunication Authority (PTA) earned the total revenue of Rs 32,671 million in 2018, which was Rs 16,604 million less than the previous year, the National Assembly was told.

In addition, the Minister In-charge of the Cabinet Division also shared with the House the summary of Universal Service Fund Company (USFCo.) projects, as under: 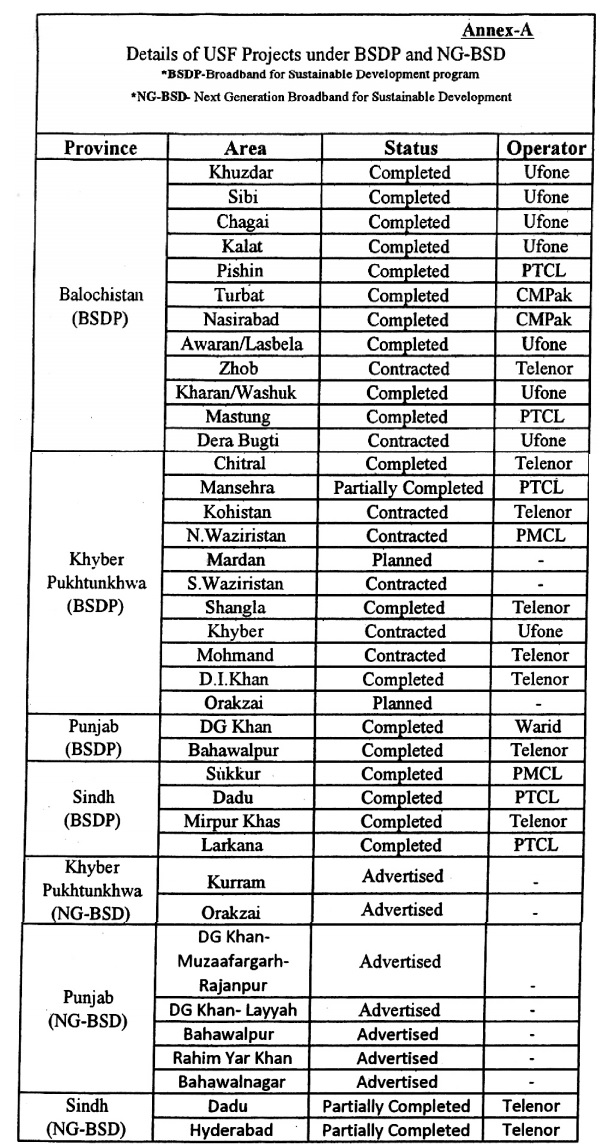 Mati
Mati-Ullah is the Online Editor For DND. He is the real man to handle the team around the Country and get news from them and provide to you instantly.
Share
Facebook
Twitter
Pinterest
WhatsApp
Previous articleProjects/Schemes being run by Pakistan Bait-ul-Mal for poverty alleviation
Next articlePM Imran Khan meets Saudi Crown Prince, apprises him on Kashmir situation