​During the meeting, matters of mutual interest with particular reference to regional security and the ongoing Afghan reconciliation process were discussed. 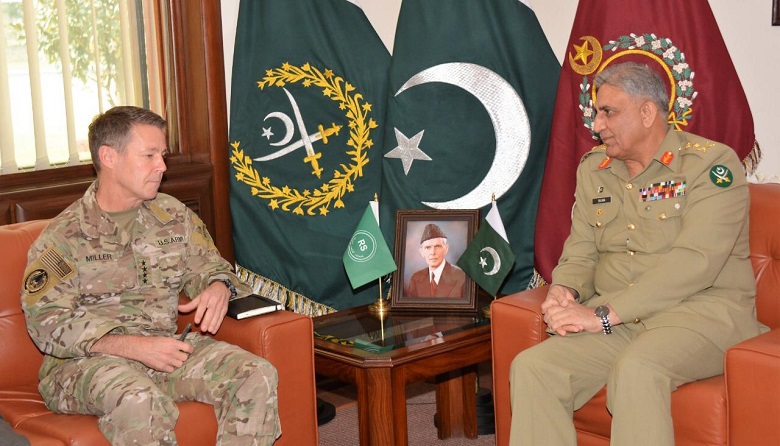 Both the COAS and the Commander Resolute Support Mission in Afghanistan General Austin Scott Miller expressed unanimity of views on importance of political resolution of Afghan situation and underlined that only an Afghan owned and Afghan led inclusive process can lead to peace in Afghanistan.

They also reaffirmed the need for continuing harmonized efforts against terrorists and for effective border management.

The COAS said that Pakistan is committed to efforts for peace in Afghanistan as it is important for peace in Pakistan.

Mati
Mati-Ullah is the Online Editor For DND. He is the real man to handle the team around the Country and get news from them and provide to you instantly.
Share
Facebook
Twitter
Pinterest
WhatsApp
Previous articlePakistan close to polio eradication: UNICEF
Next articleJazz partners with Sehat Kahani to Digitize Medical Consultations