The Concession Agreement was signed between the two parties on April 23, 2014 for a period of 20-years.

Under the Concession Agreement, the following annual toll escalation is applicable during the Operation Phase of the project: 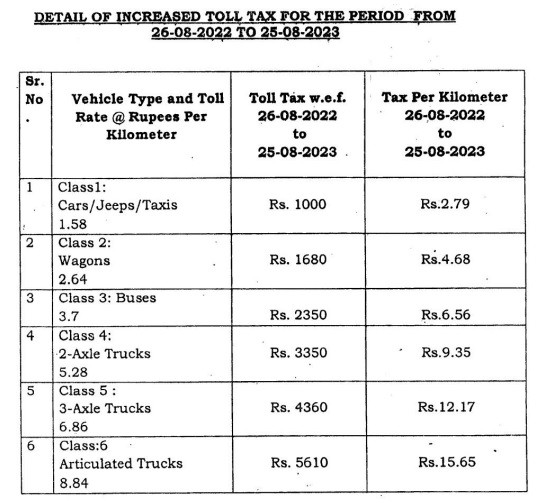 The enforcement against violation of load limits is carried out on National Highways and Motorways under Section 75 read with Section 43, 44, Schedule VI read with 10th and 12th Schedules of NHSO, 2000.

The detail of enforcement is as under:-

The following steps are being taken by the National Highways and Motorway Police (NHMP) to ensure enforcement against all violations;