ISLAMABAD, Pakistan: The former Punjab Minister Chaudhry Ejaz Shafi called on the Chairman Pakistan Tehreek-e-Insaf (PTI) Imran Khan in Islamabad on Thursday and formally announced joining the PTI along with his colleagues.

The Chairman PTI welcomed Chaudhry Ejaz Shafi and his associates to join PTI. 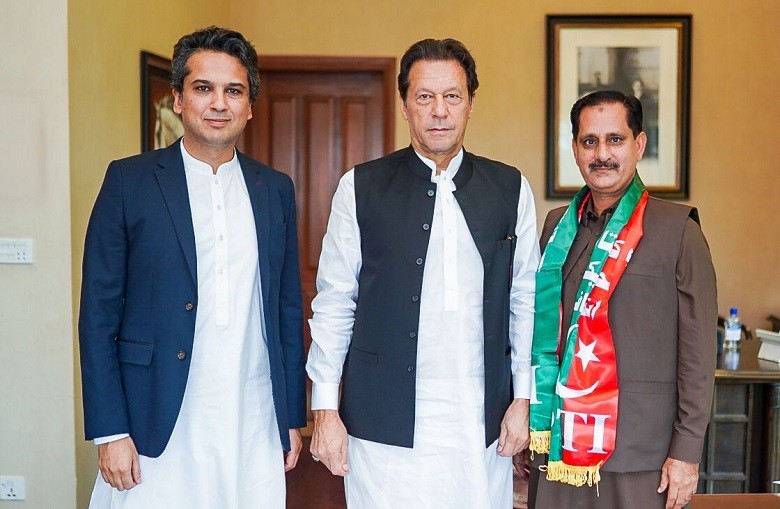 Ejaz Shafi expressed complete confidence in the leadership of Imran Khan and the manifesto of PTI, adding that he fully supported PTI Chairman’s struggle for real freedom independence.

The former provincial minister vowed that they would work tirelessly to make PTI formidable political force in Rahim Yar Khan.

Chaudhry Ejaz Shafi stated that the fair and transparent elections was the only way forward to get the Country out of the prevailing untold crises being faced by the Country. He said that Imran Khan was the only national leader who has the ability to make Pakistan truly a welfare state.

Mati
Mati-Ullah is the Online Editor For DND. He is the real man to handle the team around the Country and get news from them and provide to you instantly.
Share
Facebook
Twitter
Pinterest
WhatsApp
Previous articleJazz shines at GSMA Mobile 360 Asia Pacific
Next articleKashmiris won’t rest till accomplishing Syed Ali Geelani’s mission: Mushaal