Three must visit festivals around the world

In a bid to explore new places and immerse yourself in a culture which is not necessarily close to your own, meeting the locals and participating in the events they organize can be extremely fun. The people and explorers who love to learn new things and experience different cultures around the world must visit the following festivals; 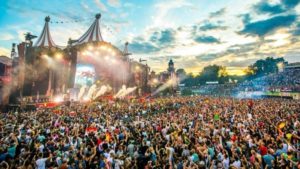 It is basically a music festival. Unlike any other music festival on the planet tomorrow land is one of its kind.  It is not just about music but rather carried into the food, camping, and overall social experience. This year edition of Tomorrow-land will begin on 19th July 2019 and ends on 28th July 2019 in Provincial Recreatie omein De Schorre, Boom, Belgium will be the place where bass heads will enjoy the electrifying music. The festival consists of six phases, which lasts nine days, and several artists will be in charge to make fans groove over their music. As far as tickets are concerned they will be available at the official website of the Tomorrow-land which includes Dream Ville packages. Global Journey Packages and Hospitality packages are also available. 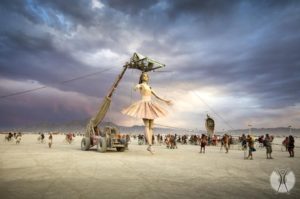 It is an event held annually in the western United States at Black Rock City, a temporary city erected in the Black Rock Desert of northwest Nevada. The event is an experiment in community and art, influenced by ten main principles: radical inclusion, radical self-reliance, radical self-expression, communal effort, civic responsibility, gifting, DE commodification, participation, immediacy and leave no trace. Burning Man is not just a festival. Burning Man is a community. A temporary city. Examples of creativity include experimental and interactive sculptures, buildings, performances and art cars, among other media. These contributions are inspired by a theme that is chosen annually by the organizers. The 2019 event will run from August 25 to September 2. 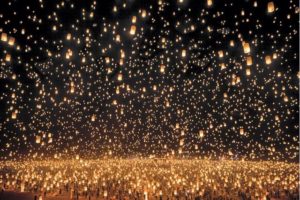 It is known as the world’s biggest lantern and music festival. The annual event is normally held in the US every October but this year, the lights of Rise Festival is coming to the Dubai desert in November. Lights will shine above the UAE skyline for the first time. The day-long festival will bring together musical acts and will bring the visually spectacular release of thousands of lanterns into the night’s sky. The event will take place on November 8 in UAE at a currently undisclosed location.

Mati
Mati-Ullah is the Online Editor For DND. He is the real man to handle the team around the Country and get news from them and provide to you instantly.
Share
Facebook
Twitter
Pinterest
WhatsApp
Previous articleUS Officials visit Islamabad International Airport; Pak-US direct flights not imminent
Next articleFederal Cabinet decides to reduce tax on import of edible oil from 7% to 2%