FeaturedGovernment of Pakistan
By Mati
October 26, 2022

ISLAMABAD, Pakistan: The federal government has formed a three-member high-level investigation team to ascertain the facts related to the murder of senior journalist Arshad Sharif from the Kenyan police and relevant authorities.

In a statement on Wednesday, the Federal Minister for Interior Rana Sanaullah has said that the investigation team comprises of officers from Federal Investigation Agency (FIA) and intelligence agencies and will travel to Kenya immediately.

The interior minister said that the team will submit its final report to the Interior Division.

Rana Sanaullah said that the investigation team will also completely look into the reasons behind the departure of Arshad Sharif to Dubai and then to Kenya. 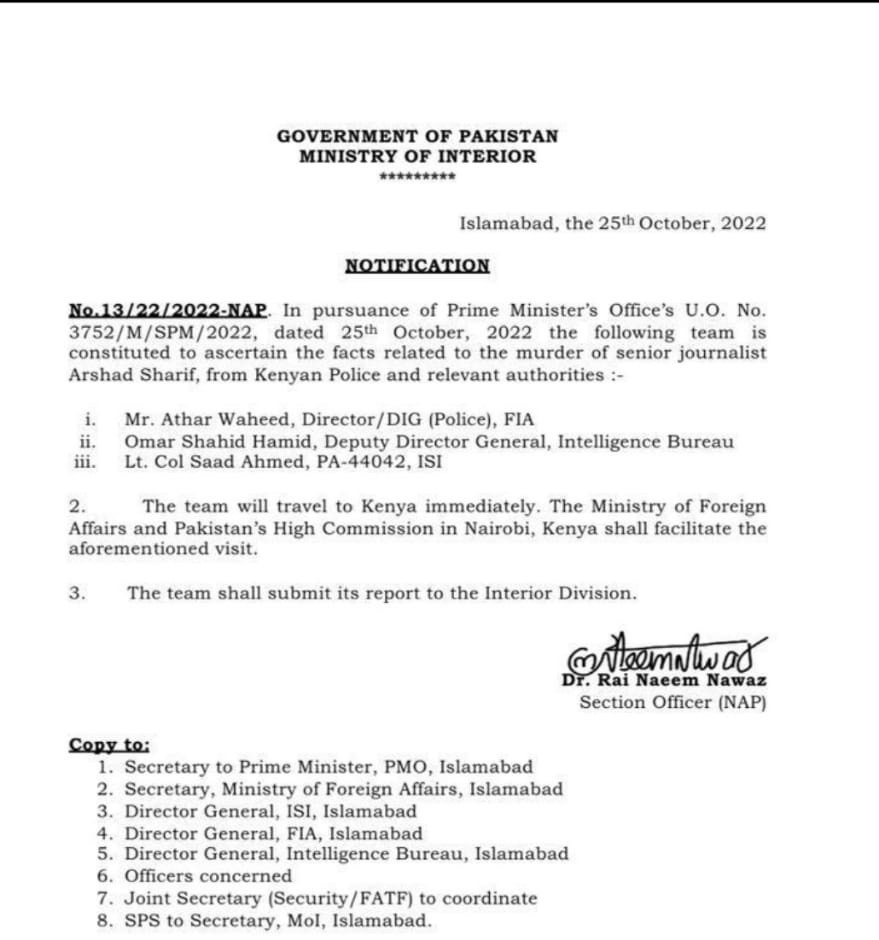 The dead body of slain journalist Arshad Sharif reached Islamabad last night and later his dead body was brought to Pakistan Institute of Medical Sciences (PIMS) on Wednesday morning for the postmortem to be conducted by a six-member Medical Board headed by Dr. Farrukh Kamal.

The funeral of Arshad Sharif will be offered at 02:00 pm at Faisal Mosque in Islamabad on Thursday (October 27, 2022).

Earlier on Tuesday, Prime Minister Shahbaz Sharif decided to form a Judicial Commission to hold an inquiry into the killing of journalist Arshad Sharif in order to determine the facts of the tragic incident in a transparent and conclusive manner.