Azerbaijan, Turkey and Pakistan will hold joint military drills this week in Baku, Azerbaijan. It’s the start of a new era as such drills are happening first time between the three countries.

The goal of the “Three Brothers – 2021” exercises is to improve cooperation between their special forces and to share knowledge and experience.

Pakistan, Turkey and Azerbaijan share common values based on rich cultural, religious and historical affinities and have tremendous geostrategic significance and potential for mutually beneficial and enhanced cooperation at all forums.

Pakistan and Turkey already have substantive defence cooperation. Turkey is building MILGEM-class warships for the Pakistan Navy, and Ankara has bought 52 Mashahk training aircraft from Pakistan.

Ankara has backed Baku with military equipment and has strong ties in every segment of life, now the entry of Islamabad in this strategic alliance will strengthen the relationship with both countries.

One thing that binds Azerbaijan, Turkey and Pakistan is that all of them are Muslim-majority countries and have many shared economic and strategic interests.

Turkey has a technological edge and can help Pakistan and Azerbaijan in state of an art military technologies and drone systems. Turkey can help both countries in civic infrastructure. Azerbaijan is a rich energy resources country, helping Turkey to fulfil its energy requirements. Pakistan is an energy importing country and spends a lot of money on oil and gas purchases so Azerbaijan could be a good option in this regard and both countries have some positive progress in this area in

Pakistan has a strong defence production industry and can help Turkey and Azerbaijan in missile technology,  training aircraft and fighter jets like JF -17 Block III. Pakistani textile and medical equipment industry could also be another venue of mutual support.

Last year’s conflict in the South Caucasus between Armenia and Azerbaijan put a spotlight on Baku’s close relations with Pakistan and Turkey.

The world has seen the practical example of this cooperation during the 44-day patriotic war between Azerbaijan and Armenia on the issue of Nagorno-Karabakh.

On Sept. 27, 2020, the Armenian army launched attacks on civilians and Azerbaijani forces and violated several humanitarian cease-fire agreements. During a subsequent 44-day conflict, which ended under a deal signed Nov. 10 under the mediation of Russia, Azerbaijan liberated several cities and nearly 300 settlements and villages from Armenian occupation.

Turkish-made drones helped Azerbaijan push out Armenian forces from the Nagorno-Karabakh region, which was at the centre of the military escalation.

At the same time, Pakistan openly backed Azerbaijan’s position to defend a region recognised internationally as part of its territory.

Pakistani Foreign office provided full diplomatic support to the brotherly country in times of war. Prime Minister Imran Khan gave a strong message to the world in favour of Azerbaijan and showed moral support when it was much needed.

Azerbaijan, Pakistan and Turkey have continuously backed each other on various international forums on national interest matters such as Kashmir, Cyprus and Nagorno-Karabakh.

Azerbaijan supports Pakistan’s principal position on Indian Occupied Kashmir and she is a member of the OIC Contact Group on Kashmir.

India has continuously tried to present Kashmir as a non-issue at international forums. But Azerbaijan is one of those countries which have all along stood with Pakistan.

In 2019, New Delhi abolished the special status of Kashmir and trying to bring demographic changes to the region.

Pakistan and Azerbaijan signed a defence agreement in May of 2003, which allows Azerbaijani military staff, in particular special force units, to take part in annual military drills along with Pakistani armed forces. The chiefs of the Azeri and Pakistani air forces met in January 2021 to discuss joint pilot training and military exercises.

Since the 1970s, the island of Cyprus has been divided into Greek Cyprus and the Turkish Republic of Northern Cyprus. During all this time Pakistani governments have backed Ankara’s position on the Cyprus issue. President Recep Tayyip Erdoğan is a big supporter of Pakistan and Turkey stood with Pakistan through thick and thin. Turkey played a vital role during the earthquake and flood crises in Pakistan.

In January of this year, the three foreign ministers of Pakistan, Turkey and Azerbaijan issued a joint declaration in Islamabad with a comprehensive agenda for deepened future cooperation.

The main message was to combat together ‘Islamophobia’, discrimination and persecution of Muslim minorities worldwide in regional and international formats. Also, the ministers agreed to exchange information, research, expertise and best practices and called for international cooperation and solidarity to address the ramifications of the COVID-19 pandemic.

Furthermore, they agreed for collaboration in food and energy security, environment and sustainable development on an international level

Cooperation between three countries on parliamentary level is also emerging and getting strong bypassing of every day. Turkish, Azerbaijani and Pakistani parliament speakers met in Azerbaijan and signed Baku Declaration in a ceremony held at the Azerbaijani Parliament.

The joint declaration emphasizes the need to strengthen cooperation among the three countries, based on cultural and historical ties, mutual respect and confidence. It also emphasizes Turkey, Azerbaijan and Pakistan’s roles in building peace, stability and development in their regions.

The cooperation between the three has been increasing. Here as well, the relations between Turkey and Pakistan have been much stronger and emerging on a fast track between Azerbaijan and Pakistan. Ankara’s foreign direct investment in Pakistan has numbered over $300 million since 2009, and Turkish companies have bought themselves into the Pakistani market – like Arçelik, which took over a Pakistani enterprise for $258 million -; or they have built infrastructure there – like Zorlu Energy, which has been involved in several renewable power projects.

Turkey plays a decisive role in the Pakistani government’s plans since investment by Turkish enterprises has grown to over $1 billion now. Last February, the two leaders signed a Strategic Economic Framework agreement on a range of areas from health, science and technology, to defence and tourism. Also, negotiations of a Free Trade Agreement between the two are ongoing.

Large-scale infrastructure projects like a rail line between Turkey, Iran and Pakistan have been reactivated this year to ease and increase trade flows. Besides this, cooperation on several other infrastructure projects involving both states are taking place at the moment, such as the Trans-Afghan Railway or the Central Asia-South Asia transmission line (to export surplus hydroelectricity from Kyrgyzstan and Tajikistan to Afghanistan and Pakistan

As economic relations between Turkey and Azerbaijan have been steadily growing, negotiations to a Free Trade Agreement between the two may increase the bilateral trade volume to $15 billion involvement of Pakistan in such a situation may enhance the volume of trade on a large scale.

The current geopolitical developments in the Middle East and in Afghanistan may increase the need and value of this alliance between Turkey, Pakistan and Azerbaijan. The current focus of both Turkey and Pakistan lies in Afghanistan. Ankara is negotiating with the Taliban to provide security to Kabul airport and Pakistan can support Turkey in this process. Plans of joint defence projects and cooperation in Afghanistan will enhance the ties between both countries.

Joint military drills between Azerbaijan, Turkey and Pakistan are a positive step to expand the strategic ties and cooperation among three brotherly countries. 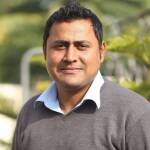 Note: The writer is an Islamabad Based Rights Activist and Freelance journalist, Working with national and international organizations. He writes about conflict resolution, International Relations and Central Asia. He has done his MS in Development Studies from SZABIST Islamabad. He can be reached at Twitter: @zamanbajwaa, Email: Zeebajwa@gmail.com