GILGIT, Pakistan: More than a dozen political parties are vying to secure their maximum representation in the third Gilgit-Baltistan Legislative Assembly as the polling is being held across the region on Sunday.

The elections are being held in 23 Constituencies of the 33-member Gilgit-Baltistan Legislative Assembly for which 330 Candidates including four women are in the run.

The polling was to be held in 24 Constituencies; however, it has been postponed in the Gilgit’s GBLA-3 Constituency after the Pakistan Tehreek-e-Insaf’s (PTI) Candidate and its Local President Justice (retd) Syed Jaffar Shah died of COVID-19.

Therefore, the polling in the said Constituency will now take place on November 22. While Jaffar Shah’s son Syed Suhail Abbas will now be competing on PTI’s ticket.

In the Gilgit-Baltistan elections, a total of 745,361 registered voters including 453,663 male and 33,998 female voters are exercising their right to vote. 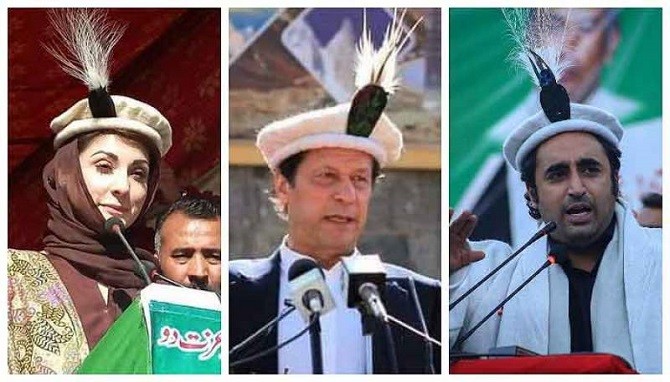 Though more than a dozen political parties are contesting the general elections in Gilgit-Baltistan; however, PTI, Pakistan People’s Party (PPP), and Pakistan Muslim League-Nawaz (PML-N) are the main contestants in the polls.

The elections for the first Gilgit-Baltistan Legislative Assembly were held in November 2009 in which PPP emerged as the largest party by winning 20 seats.

While in the elections held in June 2015 for the second Gilgit-Baltistan Legislative Assembly, PML-N bagged the highest number of seats – 15.

For Gilgit-Baltistan Elections 2020, strict security arrangements have been made with the deployment of more than 10,000 security personnel.

The Chief Election Commissioner (CEC) Gilgit-Baltistan Raja Shahbaz Khan said that all necessary arrangements have been finalized to hold free, fair, and transparent elections in the region.

On the occasion of general elections in Gilgit-Baltistan, three holidays have been announced throughout the region from November 14-16.

Mati
Mati-Ullah is the Online Editor For DND. He is the real man to handle the team around the Country and get news from them and provide to you instantly.
Share
Facebook
Twitter
Pinterest
WhatsApp
Previous articleTop 100 latest Mehndi designs for wedding season 2020
Next articlePakistan – Russian Special Forces joint exercise DRUZHBA-V continues