Over the centuries, the technology covered a long way to make human life easier. Frequently advancing technology has ended up an imperative part of our lives. Moreover, more up to date technologies are taking the market by storm and the people are getting used to them in no time. Of all these technologies, upcoming Snapdragon Chip is one them.

Snapdragon’s New Chip is Coming with a Surprise!

Snapdragon Chip, an advanced technology which is on its way to make our lives easier. Until now, the fastest charging speed of a mobile phone is 120W from zero to hundred percent in just 20 minutes. But shockingly, QUALCOMM an American multinational corporation is all set to release a major chip, breaking all fast charging records. 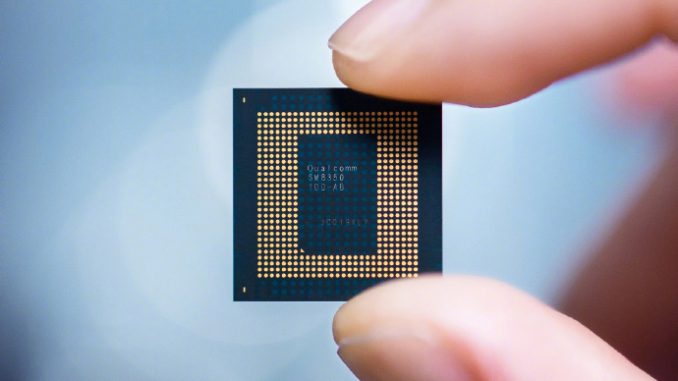 Qualcomm’s new flagship chip, to be called the Snapdragon 8 Gen 1 will support 150W fast charging which will be the world’s fastest untill now. Sadly, it won’t be released this year as the testing is not over yet and it cannot support such rates yet. Theoretically, this Snapdragon Chip will be able to charge a mobile phone from Zero to Hundred percent in just 10 minutes which is amazing. But obviously it will not come with all the phones right after it’s release, we will have to wait for it to come with devices.

A few smartphone companies such as Xiaomi, Oppo, Lenovo, and a few others have quite a high record of fast charging rates. Uptill now, 120W fast charging was brought to the market by Xiaomi Mi 10 Ultra. And that technology is able to charge a battery to hundred percent in only 20 minutes. Until now, it is the fastest charging rate at the moment and only a few phones in the world have this technology.

But as we know that records are made to be broken. Just like others, this record will also be broken by the upcoming Qualcomm’s Snapdragon Chip. And bringing this world’s fastest charging technology to market, we can guess that Xiaomi will most likely be the first one to do so. So get ready to save your time!