Former Prime Minister Imran Khan while addressing a press conference on Saturday reiterated that he does not trust the Election Commission of Pakistan, he does not accept the statement of the National Security Committee (NSC) that there was no conspiracy hatched against Pakistan by the United States and emphasized that he was voted out as a part of a conspiracy hatched by almost everybody who is important in Pakistan.  We remember all chiefs of armed forces and chief of the prime intelligence agency were present in the NSC meeting. It looks right now Imran Khan is not ready to accept anybody’s version and nobody on earth is honest except those who follow him and all others are lairs irrespective of their position and spotless careers. Hybrid creatures sometimes behave like this due to malfunctioning and we have seen this phenomenon in several Sci-Fi movies.

After his press conference and denial and lack of trust in top intelligence agencies of Pakistan, the Director-General Inter-Service Public Relations (ISPR) reemphasized that Pakistani intelligence agencies always keep an eye on any conspiracy that is under-process or hatched against the motherland and they are capable to find facts.

“The Six Million Dollar Man” was an American science fiction and action television series, running from 1973 to 1978. This was a story of a former astronaut, USAF Colonel Steve Austin who was half dead after a NASA test flight accident. He was rebuilt with superhuman strength, speed, and vision due to bionic implants and is employed as a secret agent by a fictional U.S. government office titled OSI.

The series was based on Martin Caidin’s 1972 novel Cyborg. Colonel Steve Austin was a hybrid man—Half human, half machine. This was the first time I came to know what does mean “hybrid”? Alas, this word hybrid became a part of our lives by 2018. Now, we have hybrid fruits, vegetables, cars, motorcycles and politicians, and even governments. This is not easy to produce hybrid products as they are a mix of science, art, intellect, norms, genetic changes, and crafting new beliefs. We have seen that a person who had been a reputation as a party boy (I do not want to share his photos from the past), had the posture of a playboy and then he was converted into a man having tasbih (a symbol of practicing religious people) in his hand, wearing a religious outfit of Kurta Shalwar by forgetting low waist jeans, married with a pious woman who left her grown children for him to support his dream of making a Riasat e Madina. This hybrid creature is formed by his party leaders and backed by the pro-Imran media. 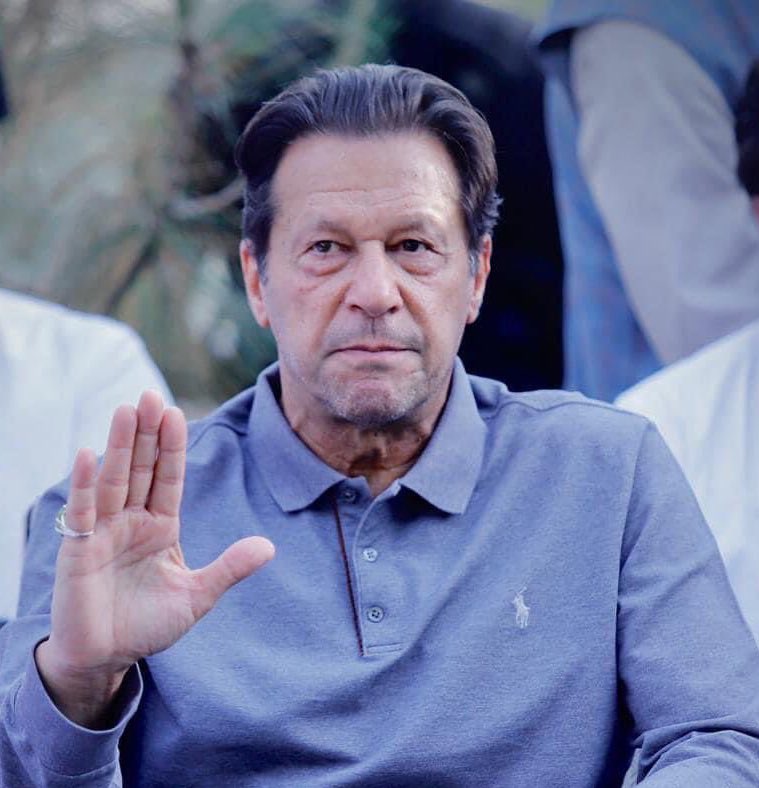 Even his age was portrayed as a hybrid—a man of 69 years of age as shown in pictures as a Young, energetic, and youthful boy running inside Banigalla. A man whose children and former wife are British royal family members started telling us that West is not good. He started criticizing politicians whose children live abroad and his charisma was so intense that people like me started thinking that London is somewhere near Choa Saidan Shah where his children live.

His hybrid personality has everything that our civil and military bureaucracy love. He abuses politicians, does not believe in the parliamentarian system, hates the constitution 1973, and dreams of a civic system like Riasat e Madina that could be closer to a Presidential form of government where the President is all-powerful and single party system can survive.

Some senior journalists are now writing and claiming that a hybrid system was created out of the 2018 general elections and these journalists just a year ago could not think to express their claims so openly that Pakistan had been given a hybrid system because they did not want to travel to an unknown destination in a black Vigo Dallah (twin cab). I believe they may be right that a hybrid political system was crafted. I think it was not the system rather the person who was installed in the system was crafted as a hybrid leader and then he was taught to lead a hybrid system. I may be right and I may be wrong but this is what I believe. I think a personality was crafted and then the Cult was crafted as his followers of this hybrid personality.

Now we have to live with this cult for many years in the future because cults cannot be dismantled easily. You can find so many materials about cults in the cyber world because now almost everybody who is not part of the cult has gathered bravery and courage to claim that PTI is a cult and Imran Khan is a cult leader. If so, then we need to know who follows the cult’s instructions?

Let me cite a 13th-century movement that gives us a change of beliefs and change in meaning-making and change in perception through oration, lectures, and articles. Yes, I am citing “Freemasonry” which describes itself as a “beautiful system of morality”. Several detailed pieces of research on Freemasonry are available indicating that members were those who had been victims of low self-esteem (due to any reason like involvement in drugs, free sex, the victims of abuse at an early age, disturbed family life, etc). However, I add one more point. They could be patients of schizophrenia. I am not saying that PTI is a cult and followers are schizophrenic I am just indicating who could be immediate victims of cult leaders.

When I was doing my bachelor’s in Psychology from Government College Lahore I was assigned to do practical work in the Psychiatric Ward of Mayo Hospital Lahore. There was a patient (name withheld) who had a pleasant personality and no one could imagine that he was in the last stage of schizophrenia. He used to get hold of anybody who was around him. Then he showed him a colored Showbiz page of an Urdu newspaper with a photo of the then-popular actress (name withheld) and used to tell “Look at this photo— She loves me— You know how do I know she lives me? —Wait I tell you—She is wearing a yellow shirt because I know I love the yellow color and she wore this shirt for this photo because she loves me”. Could I dare to argue with him?  Since then I don’t argue with people who I believe have intense beliefs about something like a schizophrenic. I do not argue with followers of Imran Khan either.

People claim that PTI was crafted by Establishment but I do not want to believe it and do not want to indulge in this debate about who was behind creating or crafting the creature. I believe that we as a nation created PTI as a populist party. PTI got 7.6 million votes in the 2013 elections and had a share of 16.92% with 35 seats but rose within five years to get 32.77% share in elections with 16.90 million votes by bagging 149 plus seats. And then several political parties became allies of PTI because 172 plus seats were needed to form the government.

I do not want to discuss theories of pre-elections, election, and post-election engineering that had allegedly been done for PTI. In all said and done, we have seen results in the above-mentioned para that PTI had failed to get seats for forming the government. So saying that PTI had been the top popular party is contrary to facts. All is said and done and we know there is no reverse gear in history.

We have to move ahead. Unfortunately to say we as a nation are habitual in creating hybrid creatures without developing their antidotes in our laboratories. We had MQM (creature living in London), we had Jihadis (this ism came out in form of TTP and religious extremism), we had Lashkar e Jhangvi (we had a serious sectarian divide and thousand killings related to sectarian clashes), we had Sipahs and we had Jaishes and recently we had to snub a religious outfit that was emerged out of Faizabad Dharna. All of them had head-on collisions with the State of Pakistan later or sooner and we had to spend energies, and resources and had to sacrifice the blood of our children to curb them.

I understand the State of Pakistan does not want to treat PTI in such a way it dealt with the above-mentioned creatures because children of important strata of society are standing with PTI. I do not know what kind of antidotes we will produce to manage the new creature who, now is threatening almost every institution of the State including the Election Commission of Pakistan, higher judiciary, establishment, constitution, parliament, and the society at large.