The Pakistani woman: Where does she stand? 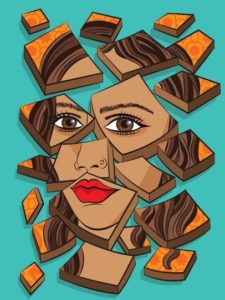 Women are being deprived of their rights since centuries. Not just in Pakistan, even in the United Kingdom the pay gap between men and women remains at 20%, and women are still expected to carry out the majority of domestic activities. From early practices of female infanticide to rape, acid attacks and general misogyny, today, the oppression has changed several forms but it still exists. The sense of confidence, security, opportunities, and priority they are given are rare or completely nonexistent in case of women. Men never go through the problems that many women face. They have undergone so much oppression that a sense of slavery and dependence has been developed in them. They themselves feel less than men. As per Mao Zedong, “Women hold up half the sky. Women need to know about their due rights, the power which they have been provided with.”

The Article 25 of the Constitution of Pakistan states;

Nothing in this Article shall prevent the State from making any special provision for the protection of women and children.

How can we support the oppressed ones in society?

The question arises here that who will care for the oppressed ones? Definitely not the oppressor except the exceptions. In a society like Pakistan, where misogyny exists even among women. The loathing of this gender for its own gender severely affects the overall idea of equality. Women can completely change the course of this misogyny by cultivating positive emotions among women and men. A woman can inspire oppressed women around her to scream “times up”. In many cases women don’t like men to hear their side of story but a woman can reach the oppressed person because of the same gender connection. The oppressed women will feel comfortable with female lawyers and would develop a better insight of the legal procedure.

Thus, women are comparatively more sensitive and emotional than men, it could be their superpower as they could relate to the oppressed one more. She would do anything to help the suppressed, silenced and oppressed. What now needs to be considered is awareness of women regarding their rights and the legitimate way to practice their strength. Let gender equality and peace prevail.

Mati
Mati-Ullah is the Online Editor For DND. He is the real man to handle the team around the Country and get news from them and provide to you instantly.
Share
Facebook
Twitter
Pinterest
WhatsApp
Previous articleUS approves technical and logistics support worth $125 million for Pakistan’s F-16 program
Next articleNew BMW X7 2019 launched in Pakistan