After putting off the inevitable for over two months, the PML-N has, albeit belatedly, started rolling back the fuel and electricity price subsidies introduced by the previous government. The PTI government’s decision to slash petrol prices despite IMF’s restrictions and international oil prices soaring came at a time when it was desperate to relieve some of the immense economic and political pressure built-up due to rising inflation and the increasing likelihood of being ousted. 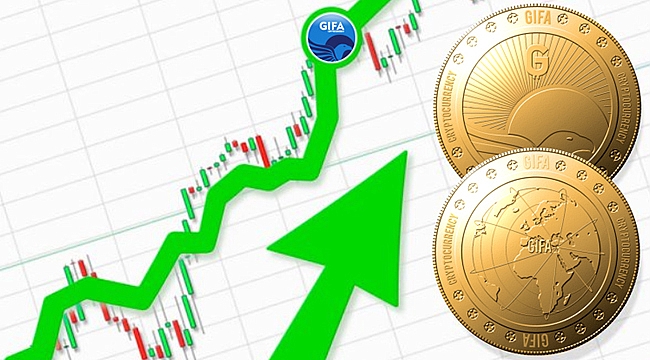 Former Prime Minister Imran Khan can perhaps now at least see the silver lining in what he terms a ‘US-backed conspiracy to remove him from office’, that he doesn’t have to bear the political cost of fuel being sold at Rs210 per litre and electricity costing Rs8 per unit. Had he remained in office, he would have been made to do the same as there was no practical way to sustain a subsidy that was unfunded.

Alternatively, had his prime ministership not been challenged by a collective opposition that was gaining momentum and attracting allies, there would not have been any need for the subsidy in the first place. The financial damage inflicted upon an already struggling economy by the outgoing PTI government up until the PDM got the vote of confidence through parliament was enough to cause significant problems for the incoming PML-N financial team.

With the subsidies gone, the PML-N led government has made good on the IMF’s primary demands and there is now a likelihood of passing the ongoing seventh review to get that valuable seal of approval from the fund to qualify for various other international lenders’ credit.

Apart from the obvious absence of a practical and implementable post-Imran economic plan, the PML-N’s messaging and communication of the direction it would be steering the country in was at best confused but largely missing. This is partly attributable to the fact that there was simply too much happening politically from the get go, be it the formation of a cabinet or the on-going battle for power in Punjab, to focus on ‘the narrative’. The remainder of the delay is due to a lack of consensus within the PML-N itself.

Even if Prime Minister Shehbaz Sharif and Finance Minister Miftah Ismail were clear over what to do about the PTI-subsidy, no meaningful decision could be made without the consultation and sign-off of PML-N supremo Mian Nawaz Sharif and former finance minister Ishaq Dar. The immediate withdrawal of the fuel and electricity subsidies would have made the impending IMF talks in Doha go much smoother than they eventually did. Miftah Ismail returned with nothing more than what was expected: a demand to first roll back subsidies before any consideration for resumption of the stalled EFF could be made.

Additionally, it became abundantly clear that there is a clear split within the PML-N from a policy-level point of view, with one side unwilling to burden the party with the political cost of attempting to address an inherited economic mess while the other believes completing its constitutional term by hook or by crook is necessary. It seems the latter has prevailed but for there to be any chance of making it to ‘full-term’ as it were, there needs to be relative economic and political stability, both of which are lacking at the moment.

Two consecutive Rs 30/litre petrol price hikes did calm down the markets, but only temporarily. The rupee, which broke the critical Rs200 barrier against the dollar, gained back some of its value, dropping to Rs197 over the days following the initial increase. The stock market too, after shedding points consistently, rallied back. But the dollar has since regained lost ground, selling again at Rs200 in the interbank. A bearish sentiment has yet again set in at the stock market with the KSE-100 falling 3.6% last week.

What is more, the PML-N also has to deal with a load shedding crisis. It would perhaps have been preferable for the electricity to be out during some parts of the day given the Rs8/unit price rise that accompanied the fuel price hike, only if the weather permitted. What makes this worse is that the PML-N prides itself on resolving the load shedding issue during its last tenure from 2013 to 2018 by installing excess electricity generation capacity only for the PTI to enjoy its political benefits. Now back in power, the PML-N has to contend with the same problem but the cause is different: while it possesses the capacity the state simply doesn’t afford enough furnace oil to burn and generate the requisite amount of megawatts.

There has however been some reprieve, with China refinancing a $2.3 billion commercial loan, a first and much needed economic win for the government. This major inflow that is yet to be received would help shore up net reserves with SBP that slipped below $10 billion last week. Revised conditions also make it possible for Pakistan to use the proceeds of the facility that will be financed at a reduced interest rate of around 3.8%, thereby creating some short-term breathing room for the government.

With the subsidies gone, the PML-N led government has made good on the IMF’s primary demands and there is now a likelihood of passing the ongoing seventh review to get that valuable seal of approval from the fund to qualify for various other international lenders’ credit. Chinese aid will provide the necessary external account cushion to manage matters until such a time that the IMF’s next tranche is received.

A fundamental requirement for the current economic plan to materialize successfully is reasonable political stability and maintenance of law and order. What transpired last month in various locales of the country was highly unfortunate, blame for which must be shared equally by the government and Imran Khan’s PTI. The PML-N overreacted and used excessive force through indiscriminate shelling. The PTI violated the SC’s order and made its way to D-Chowk, where trees and greenbelts were set ablaze.

Such anarchy creates an added layer of risk that potential investors, international lending agencies and foreign allies take into account before making any financial or diplomatic commitments. With Imran Khan gearing up for another ‘long march’ and Rana Sanaullah threatening the latter with imminent arrest, it is becoming increasingly likely that another bout of street agitation by the PTI and a high handed response from the government is imminent. One hopes better sense prevails, or is at least made to prevail, more timely this time round.

Note: The above article was originally published by Pakistan Today on June 6, 2022.

Mati
Mati-Ullah is the Online Editor For DND. He is the real man to handle the team around the Country and get news from them and provide to you instantly.
Share
Facebook
Twitter
Pinterest
WhatsApp
Previous articleForeign Secretary apprises P-5 Envoys on derogatory remarks by Indian BJP Spokespersons
Next articleHow to Keep Up With Millennials in the Real Estate Industry