Monitoring Desk: “Why only the CIA is under fire for intelligence failure during the Fall of Kabul?”

This pertinent question is raised by Prague-based Foreign Affairs expert Shazia Anwer Cheema in her article titled “The fall of Kabul” published in Pakistan Observer on Sunday, August 29, 2021. She writes that there is a saying that success has many heirs while failure has none. So the situation is similar in Washington nowadays. The Fall of Kabul is an orphan and is trying to find someone to adopt it. 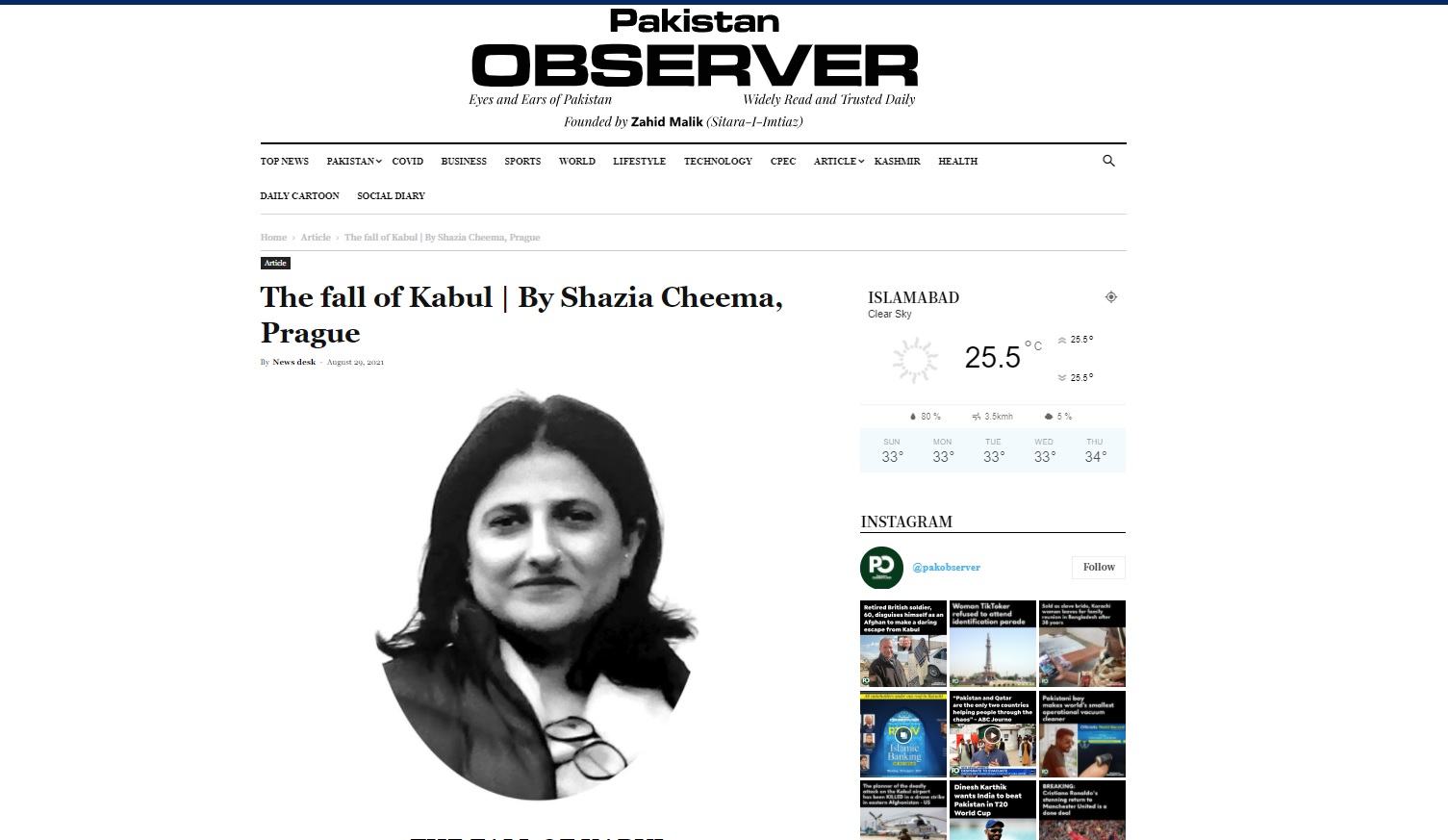 Citing an article written by Douglas London who retired from the CIA in 2019 after 34 years as a Senior Operations Officer, Chief of Station and CIA’s Counterterrorism Chief for South and Southwest Asia in his latest article titled “Afghanistan, Not An Intelligence Failure — Something Much Worse” she stated that responsibility of fall of Kabul has become a blame game in which military men throwing responsibility to civilian leadership calling it the lack of political will to continue Afghan war was the reason for the collapse of NATO- trained Afghan National Army (ANA).

Mullen who had been the Chairman of the Joint Chiefs of Staff from October 2007 till September 2011 in one of his interviews blamed the civil leadership of the United States for the Afghan fiasco. He said that the US flawed policy and corruption of the Ghani government were some of the causes of what happened in Afghanistan.

Citing the latest report of the Special Inspector General For Afghanistan Reconstruction (SIGAR) released on August 2, Shazia Anwer Cheema writes that the US government did not understand the Afghan settings and failed to tailor a strategy accordingly.

SIGAR Report says the US government’s inability to get the right people into the right jobs at the right times was one of the most significant failures of the mission. The report says the US personnel in Afghanistan were often unqualified and poorly trained who were sent to Afghanistan to deal with the longest war of United States out of its territory.

“Carl Philipp Gottfried who was a Prussian Military General and military theorist says: “War is also interrupted, and thus made, even more, a gamble, by the superiority of defense over offense; imperfect knowledge of the situation; and the element of chance.” When superiority of offense becomes major consideration as in the Afghan war, the losing gamble is inevitable,” she concluded her opinion.