The Fall of Empires——- US-Afghan commander steps down

Monitoring Desk: Gen. Austin “Scott” Miller, who has served as the top U.S. commander in Afghanistan since 2018, relinquished his command in Kabul, reports AP News.

Gen Frank McKenzie, head of U.S. Central Command in Tampa, Fla will oversee the situation while a two-star admiral based at the U.S. Embassy in Kabul will oversee the U.S. military’s role in securing the American diplomatic presence in Kabul.

Miller warned in his remarks “that relentless violence across Afghanistan is making a political settlement increasingly difficult,”. 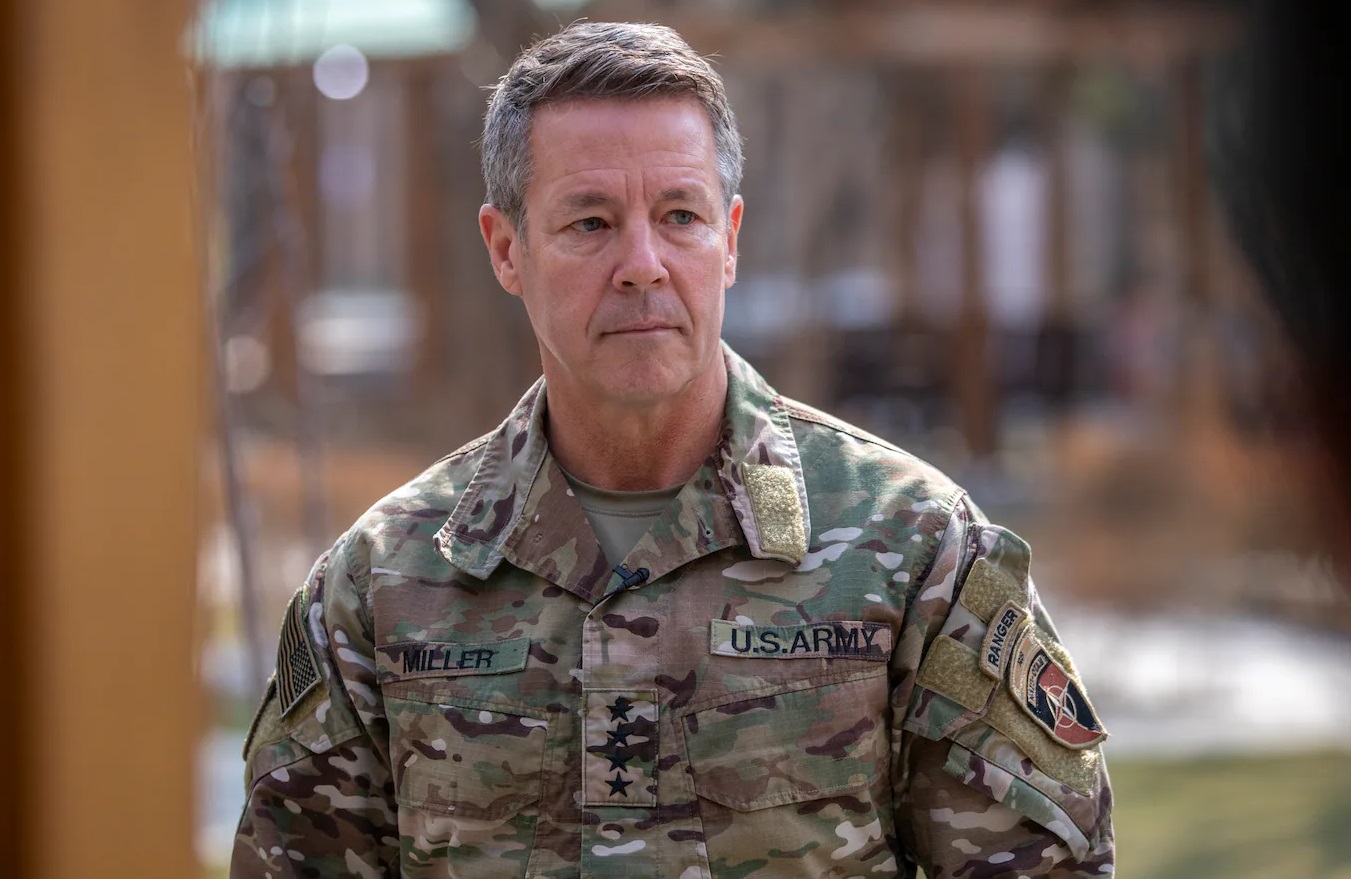 AP reports that Gen Frank McKenzie while commenting over the situation said that the Taliban is pursuing a ‘military victory over the Afghan government.

“I think, certainly, the provincial capitals are at risk, and we’ll see how that shakes out over the next few weeks,” McKenzie said.

Born on May 15, 1961, General Austin Scott Miller is a 4-star general in the United States Army and former Delta Force captain. He served as the commander of NATO’s Resolute Support Mission in Afghanistan from August 2018 to July 12, 2021. He previously served as the commander of Joint Special Operations Command from March 30, 2016 to August 2018.