Mercedes gave the concept of a luxurious self-driving car in 2016, and Tesla Motors, Inc made it possible in 2019. The company is going to launch “full self-driving” capabilities to hundreds of thousands of cars through an over-the-air update (only in Tesla cars). The update will only be available in America because the features are largely unregulated and unproven on real-world roads of other countries. However, it is confirmed that update will arrive in sometime in this year. 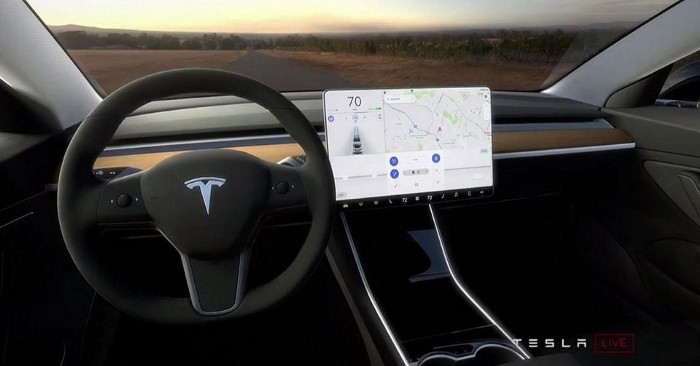 After the Tesla update arrives

Tesla vehicles will be able to drive themselves in a city the way they can perform on highways highway, the company said. That means interpreting stop signs and traffic lights, making sharp turns, and navigating stop-and-go urban traffic and other obstacles — a far more difficult task than navigating long, relatively straight stretches of highways.

Even though the company’s website has introduced features including the ability to recognize and react to traffic lights and stop signs, and what it calls “Automatic driving on city streets,” the system still require a human driver behind the wheel. Tesla Motors, Inc further said that the cars will be able to operate reliably on their own, even allowing the driver to fall asleep. This tiered approach is different from companies such as Way-Mo, whose sole aim is to launch autonomous vehicles that do not need a driver behind the wheel.

The company said that the car will drive itself without light detection and ranging, or lidar, complex sensors that use laser lights to map the environment — technology most autonomous vehicle makers consider necessary. Even with lidar, many of those manufacturers have adopted a slow and deliberate approach to self-driving vehicles, with limited testing on public roads.

Tesla has even tested the car on road, you can watch it from the following link https://www.youtube.com/watch?v=tlThdr3O5Qo

According to musk the CEO of Tesla motors “By the middle of next year, we’ll have over a million Tesla cars on the road with full self-driving hardware,” with the ability to find the vehicle owners, drive them to their destination and park the vehicle, Musk said at Tesla’s Autonomy Investor Day in April. It will be at “a reliability level that we would consider that no one needs to pay attention … meaning you could go to sleep the fleet wakes up with an over-the-air update that’s all it takes.”

Mati
Mati-Ullah is the Online Editor For DND. He is the real man to handle the team around the Country and get news from them and provide to you instantly.
Share
Facebook
Twitter
Pinterest
WhatsApp
Previous articleMacBook pro 2019: Is it worth considering?
Next articlePM Imran Khan vows not to back off from accountably process