DHAKA, Bangladesh: Conveying serious concerns over the growing phenomenon of Islamophobia, the Foreign Secretary Tehmina Janjua on Saturday called for continued outreach with important constituencies in the western World with a view to addressing this negative phenomenon.

While addressing the 45th OIC Foreign Ministers meeting in Dhaka, the foreign secretary expressed Pakistan’s full solidarity with Rohingya Muslims, and conveyed Pakistan’s continued readiness to provide humanitarian assistance to alleviate their suffering. She also called for full and early return of Rohingyas to their homes in safety and dignity. 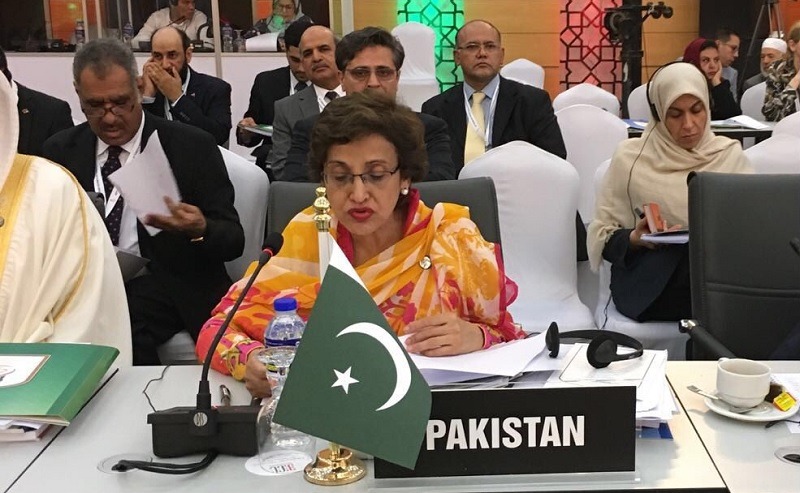 Tehmina Janjua also highlighted blatan thuman rights violations in the Indian Occupied Jammu and Kashmir, and thanked Organization of Islamic Cooperation (OIC) for its consistent support to the just cause of Kashmiris.

The foreign secretary also urged the broader International Community to play its role for ending the bloodshed in the Indian Occupied Kashmir and ensuring the early implementation of the UN Security Council resolutions on Jammu and Kashmir.

Moreover, the foreign secretary reiterated Pakistan’s strong support for the Palestinian right to self-determination in accordance with the UN Security Council resolutions.

Mati
Mati-Ullah is the Online Editor For DND. He is the real man to handle the team around the Country and get news from them and provide to you instantly.
Share
Facebook
Twitter
Pinterest
WhatsApp
Previous articleNAB refutes allegations of cases’ closure against politicians in Sindh
Next articleEnhancing Pakistan-Kazakhstan bilateral cooperation in various fields emphasized