TECNO has always amused its fans with its exciting campaigns and innovative products. The launch of Camon 16 embedded with technology was a mindboggling success for TECNO.

The other feast that TECNO has come up with Camon 16 smartphone for its fans was a documentary on the real-life of Pakistan’s leading actress and Tamgha-i-Imtiaz holder Mehwish Hayat.

The documentary was released on November 8, 2020, and received a huge appraisal from TECNO and Mehwish’s fans.

This documentary was the first-ever recorded documentary with a smartphone Camon 16 by famous blogger Uroosa Khan. The blogger has spent a whole day with Mehwish Hayat to show the audience how she lives in her real life.

Camon 16 gained huge fame for its photography features due to the embedment of advanced technology TAIVOS. 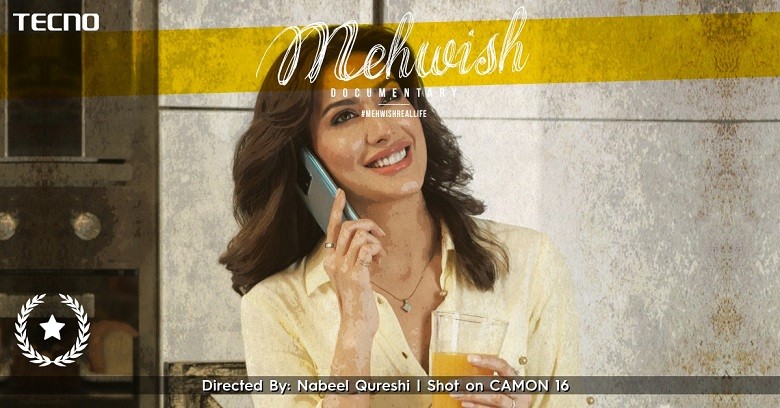 The featured camera results that can be seen in the documentary are truly amazing as described by TECNO. It looks like the documentary is recorded by a professional camera but it wasn’t.

The video quality credit goes to Camon 16 which is entrenched with TAIVOS technology and gives a 4K shooting experience to its fans.

Fans got excited to see how Mehwish Hayat is behind the camera and how she performs her routine tasks.

TECNO has always come up with amazing ideas to entertain its fans. It was the first time in the tech history of Pakistan that a full-day of a celebrity was recorded from a smartphone.

The documentary was liked by fans and is trending on social media. TECNO with its amazing campaigns will surely raise its sales graph and has successfully set a benchmark for its competitors.

Mati
Mati-Ullah is the Online Editor For DND. He is the real man to handle the team around the Country and get news from them and provide to you instantly.
Share
Facebook
Twitter
Pinterest
WhatsApp
Previous articleCOVID-19 resurgence in Pakistan: NCOC recommends banning large public gatherings
Next articleAyeza Khan Catches Limelight With Her Festive Winter Wear – Pictures!