TECNO, Pakistan’s leading smartphone brand, a week ago started teasing its upcoming model Camon 15 over social media. Camon 15 hasn’t yet been launched in the market, but there’s a video going viral on social media, in which Pakistani media superstar Mehwish Hayat is seen flaunting Camon 15, which gives TECNO fans a clue about the upcoming brand face.

In the video, Tamgha-e-Imtiaz recipient, Pakistani’s media superstar Mehwish Hayat can be seen, capturing selfies with Camon 15. The teaser release of Mehwish Hayat has created a buzz on social media and fans have bombarded TECNO’s social sites with their comments and queries to reveal further details. 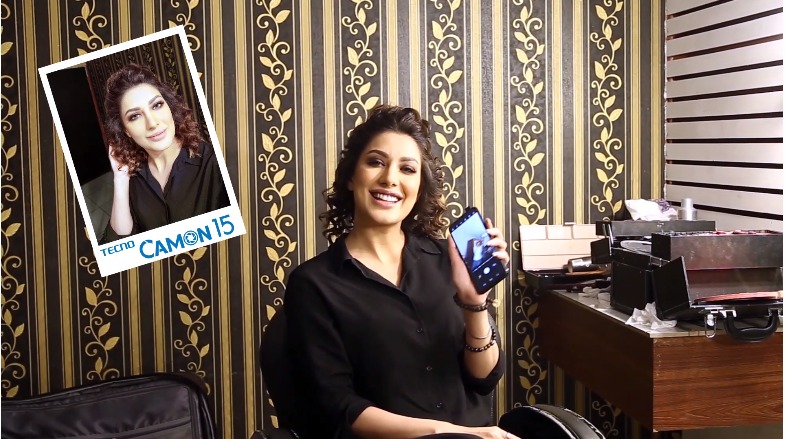 The specifications and other features of Camon 15 are still not confirmed, but it’s rumored that the upcoming model from Camon series will be equipped with several innovative specs like 48MP Rear Quad Camera, a 32MP pop-up Selfie Camera, huge screen, and spacious memory.

TECNO fans are eagerly waiting for the updates. TECNO has not revealed any news about the brand face yet, but looking at the previous record it is expected that something exciting is to be revealed and the brand is planning some bigger surprises for its customers.

Mati
Mati-Ullah is the Online Editor For DND. He is the real man to handle the team around the Country and get news from them and provide to you instantly.
Share
Facebook
Twitter
Pinterest
WhatsApp
Previous articlePunjab government announces legal action against Journalist Fahd Husain & Dawn News
Next articleUniversities to play effective role in prevention of COVID-19: VC Quaid-i-Azam University