TASHKENT, Uzbekistan: The Foreign Minister Khawaja Asif on Tuesday emphasized the need of a regional approach for lasting peace and stability in Afghanistan and the region.

While speaking at the Tashkent Conference on Afghanistan held in the Uzbek Capital, Khawaja Asif appreciated Uzbekistan and its leadership on this regional initiative for peace in Afghanistan cooperation on counter-terrorism and connectivity.

Besides Pakistani delegation, representatives of 24 other Countries and International Organizations also participated in the Conference, aimed at finding a solution to the Afghan conflict.

The foreign minister said Pakistan had consistently stressed for resolution of Afghan conflict through a political settlement. He said bringing Taliban to the table and establishing peace and stability in Afghanistan was a shared responsibility of the International Community.

Khawaja Asif reiterated Pakistan’s support for the Afghan President Ashraf Ghani’s national peace and reconciliation plan unveiled during Kabul process meeting on February 28 and his offer of peace talks to the Taliban under an Afghan-led and owned process. He said there was need of collective pressure on Taliban to avail this opportunity to shun violence and join the peace process.

The minister expressed concern over unchecked proliferation of Daesh and phenomenal increase in the drug production in Afghanistan. He emphasized the need for cooperation between Afghanistan and its neighbours to prevent cross-border movement of terrorists and criminal networks, adding Pakistan’s proposal entitled “Afghanistan-Pakistan Action Plan for Peace and Solidarity was aimed at developing mechanisms for bilateral cooperation in security, counter-terrorism, border controls and smooth return of Afghan refugees to Afghanistan. 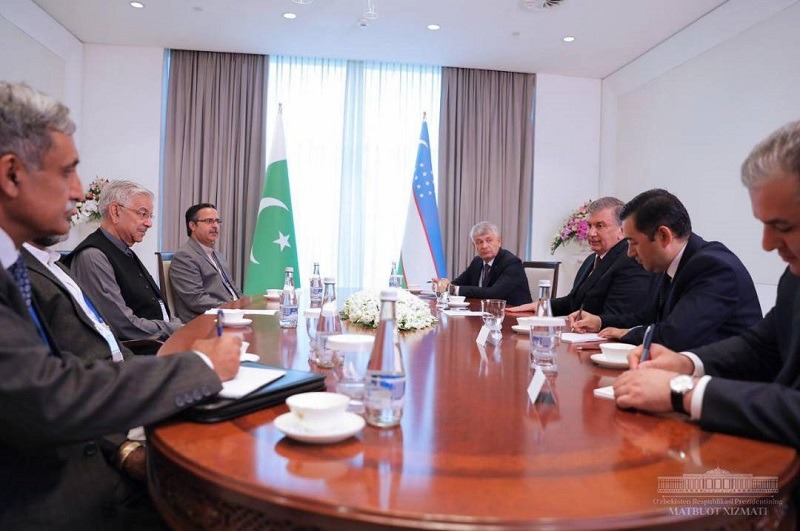 On the margins of the Tashkent Conference, the foreign minister called on the Uzbek President Shavkat Mirziyoyev on the sidelines of the Conference.

Mati
Mati-Ullah is the Online Editor For DND. He is the real man to handle the team around the Country and get news from them and provide to you instantly.
Share
Facebook
Twitter
Pinterest
WhatsApp
Previous articlePakistan, Iran urge collective efforts for Afghan stability
Next articleNo space for any new NRO in today’s Pakistan: Shah Mehmood Qureshi