ISLAMABAD, Pakistan: Turkmenistan’s Deputy Minister of Finance and Economy Merdan Bayramdurdyyev on Wednesday said Turkmenistan-Afghanistan-Pakistan-India (TAPI) gas pipeline would promote the rise of national economies of the participating Countries of the project and the consolidation of political stability throughout the region.

In his speech on the topic “Energy Interconnections and the Center for Transit Corridors,” at an International Conference titled “Pakistan: A Land of Opportunities for Central Asian Republics” in Islamabad, Merdan Bayramdurdyyev said the implementation of TAPI project could be an important factor in improving the overall situation in Central and South Asia, and would give a new, principally new sense to the geopolitical and economic processes taking place in this part of the globe. 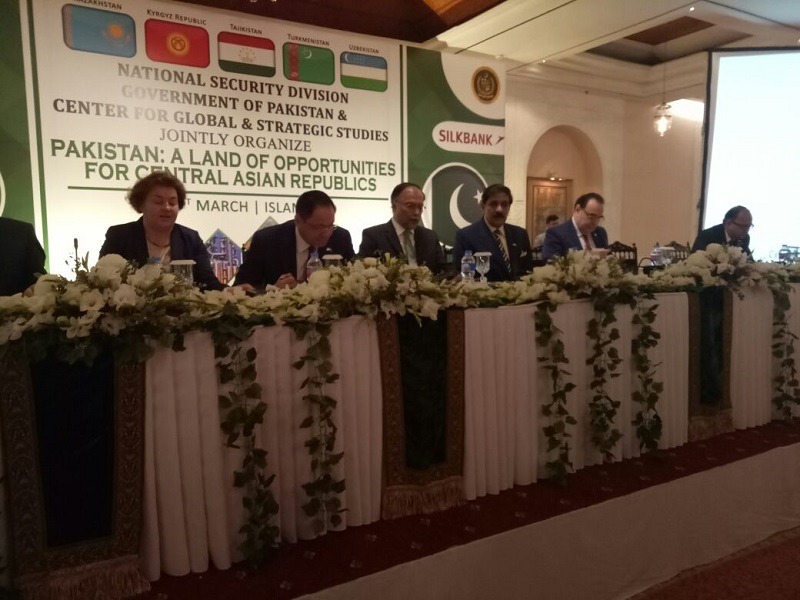 The minister said the TAPI project, in addition to the obvious economic, commercial benefits and dividends for all its participants, could become the starting point of the real integration of Afghanistan into the global economic system as an equal partner, an active participant and a subject of modern World economic relations.

Merdan Bayramdurdyyev said Turkmenistan – which according to independent experts’ estimates, was at 4th place in the World for natural gas reserves estimated at 50 trillion cubic meters, consistently continued implementing the energy policy aimed at further development of domestic energy and its dynamic integration into the international energy system.

The minister said cooperation in the energy sector, ensuring sustainable and equitable access to energy resources was one of the main directions of Turkmenistan’s foreign policy strategy.

The Turkmen minister said the main priority of energy strategy implemented by Turkmenistan was the diversification of export routes and, as a result, the creation of a developed, multifaceted pipeline infrastructure.

Merdan Bayramdurdyyev said from that point of view, large-scale projects implemented in recent years, in particular, the construction of new gas pipelines to China and Iran, could be regarded as a real contribution of Turkmenistan to the establishment of international energy cooperation, as an effective stabilizing factor that could have a positive impact on the overall situation and development of Central and South Asia, turning them into one of the World’s energy centers.

Mati
Mati-Ullah is the Online Editor For DND. He is the real man to handle the team around the Country and get news from them and provide to you instantly.
Share
Facebook
Twitter
Pinterest
WhatsApp
Previous articlePPP’s Charge Sheet on PML-N Economic Mismanagement
Next articleNawaz rules out consultation with PPP over care taker prime minister