Monitoring Desk: Tajikistan has placed special arrangements for protection of tourists to ensure wellbeing of tourists visiting the country.

Protection of tourists in Tajikistan will be handled by a special unit created under the Ministry of Internal Affairs.

“Police officers, if necessary, can be attracted to accompany tourists to their destination,” said Anvarjon Alizoda, head of the Department of Ecology of the Ministry of Internal Affairs of Tajikistan at a meeting with representatives of tourism companies in Tajikistan.

Recall that in the evening on July 29 on the route of Dangarinsky district the driver made a run over to a group of foreign cyclists. As a result of the accident three tourists died at the scene, the fourth was hospitalized, but later died in the hospital. 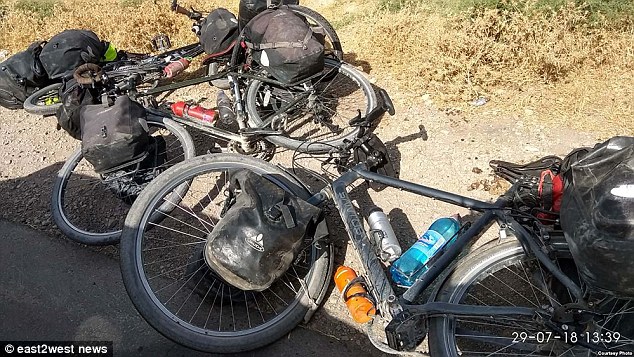 Guardian UK claims that a footage of accident suggested four western cyclists killed in Tajikistan were the victims of a deliberate attack that began with them being forced off the road and ended in an assault with knives and guns.

The day after the incident, the terrorist group “Islamic State” claimed responsibility for the attack on foreign tourists in Tajikistan.