Pakhtoons will take on Rajputs on Friday in the first T10 match at Sharjah Cricket Stadium as the T10 League 2018 enters its third day.

In today’s first game, the high-flying @RajputsT10 will face the @PakhtoonTeam

Led by Pakistan former Captain Shahid Afridi Pakhtoons has already lost its first match against Kerala Kings and doesn’t have any points in the Table. On the other hand, Brendon McCullum-led Rajputs thrashed Sindhis by 10 wickets in the inaugural match of the T10 League 2018. 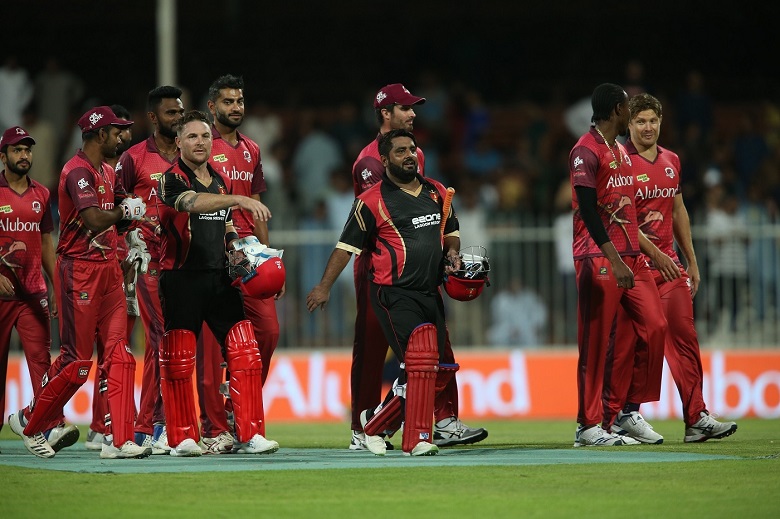 Besides Shahid Afridi, Mohammad Irfan and Sohail Khan are also representing Pakhtoons in the event from Pakistan while Rajputs doesn’t have services of any Pakistani.

Today’s second match will be played between Bengal Tigers and Maratha Arabians. Like Rajputs, Bengal Tigers also won its opening match in the tournament against Northern Warriors by 36 runs.

However, since Maratha Arabians lost its previous match against Punjabi Legends by 43 runs, it has yet to open its account in the Points Table.

In the T10 League 2018 Points Table, Courtesy NRR, Rajputs is atop followed by Punjabi Legends and Bengal Tigers at second and third positions respectively with two points each.

Kerala Kings and Sindhis have also two points each but both these teams have already played two of their matches.

Mati
Mati-Ullah is the Online Editor For DND. He is the real man to handle the team around the Country and get news from them and provide to you instantly.
Share
Facebook
Twitter
Pinterest
WhatsApp
Previous articleSIMPLY SUFI XPRS 2nd Anniversary is a 2 Good 2 be 2 celebration
Next article30 martyred in Lower Orakzai blast