Coupled with bringing technological advancement, innovations as well as new ideas have constantly been applied in the game of Cricket over the years.

Once called a gentleman’s game, Cricket’s roots are as old as 1877 when the first ever Test match was officially organized between England and Australia at the Melbourne Cricket Ground (MCG). Later the game was reduced to 50 overs with the holding of first One Day International (ODI) between the same sides in January 1971 at the same venue.

However as the time passed on, Cricket went on getting reformed and not only the Kit was colored but new rules were also applied. Besides, new formats of the game were also adopted as the World Cricket witnessed the advent of T20 which soon immensely attracted everyone. By virtue of T20 popularity, various leagues around the World were launched such as Indian Premier League (IPL), Big Bash League (BBL), NatWest t20 Blast, Pakistan Super League (PSL) and Bangladesh Premier League (BPL) etc. 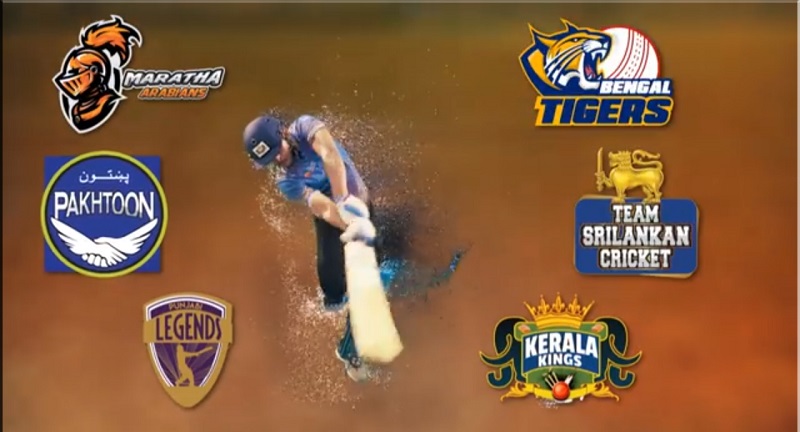 But it didn’t stop anywhere as if more and more technology was used in Cricket to make the game more advanced and free of human errors, its duration was also shortened simultaneously keeping in view the spectators interest and less time consumption.

By now, T10 Cricket has also surfaced in the limelight, and in this regard, newly launched T10 League is kicking off today (December 14) at United Arab Emirates (UAE). 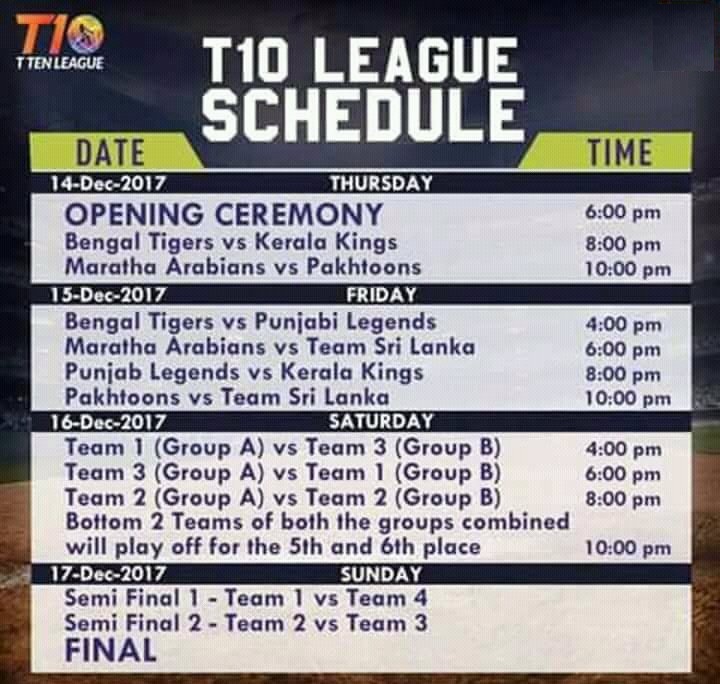 The four-day tournament is featuring six teams including Bengal Tigers, Maratha Arabians, Colombo Lions, Punjabi Legends, Pakhtoons Squad and Kerala Kings. The teams have been divided into two groups and overall 12 matches will be played in the T20 League at Sharjah Cricket Ground.

The event will officially go underway with the first match between Bengal Tigers and Kerala Kings. Various Internationally acclaimed Cricketers like Virender Sehwag, Shahid Afridi and Eoin Morgan are also part of the league. 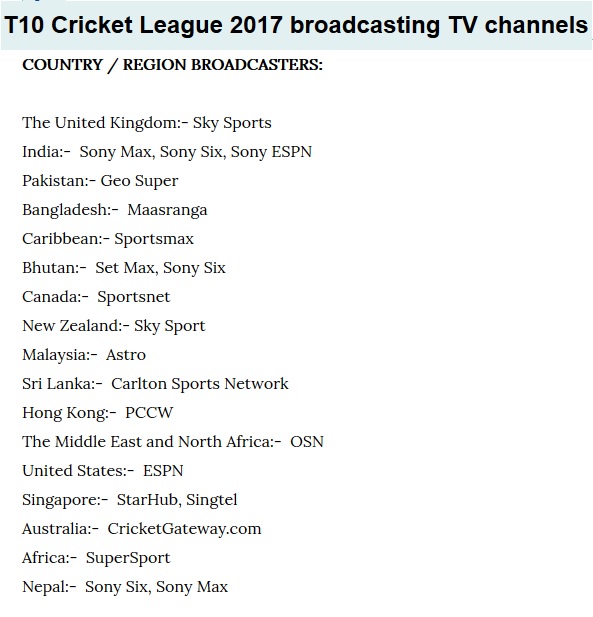 Mati
Mati-Ullah is the Online Editor For DND. He is the real man to handle the team around the Country and get news from them and provide to you instantly.
Share
Facebook
Twitter
Pinterest
WhatsApp
Previous article
Four million people at risk as harsh winter engulfs conflict zone of Eastern Ukraine
Next article
Parents urged to give homemade remedies instead of cough syrup
Share
Facebook
Twitter
Pinterest
WhatsApp