Shaoib Malik-led Punjab Legends will take on the looser of tournament’s inaugural match Bengal Tigers in its opening T10 at 05:00 pm according to Pakistan Standard Time (PST).

Punjabi Legends will flock to the ground for its second encounter against Kerala Kings which won the League’s inaugural match by eight wickets against Bengal Tigers on Thursday. Today’s last T10 will take place between Pakhtoons and Team Sri Lanka.

Earlier on Thursday, Kerala Kings secured a comfortable victory over Bengal Tigers after the later while batting first managed to score just 86 runs for 1 in stipulated 10 overs. But Ireland’s Paul Stirling steered Kerala Kings to an eight-wicket victory with his blistering 66 runs innings. 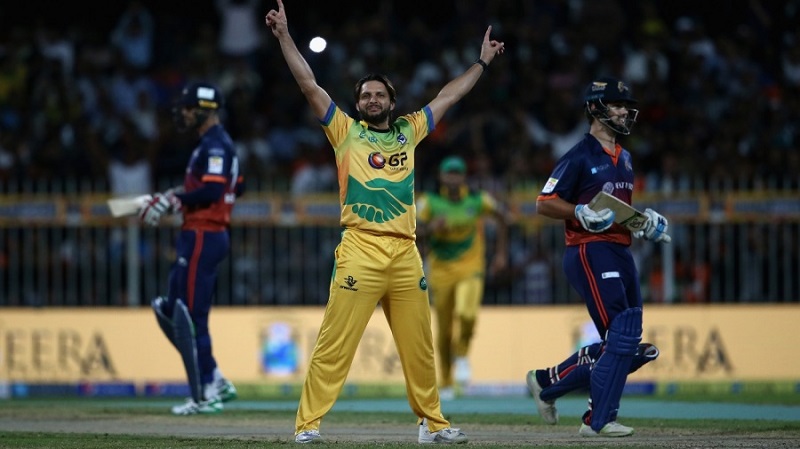 In yesterday’s second T10 match, the Captain Shahid Afridi’s first ever Hat Trick in T10 Cricket led Pakhtoons to register their first win in the tournament. In reply to Pakhtoons’ 121 runs score, Maratha Arabians scored 67 runs for 7, falling short of 25 runs to reach the target.

Even England’s Alex Hales’ 57 runs with 4 sixes were not enough for Maratha Arabians which top six batsmen failed to even enter into double figures. Both the Captain Virender Sehwag and Dwayne Bravo got out for first-ball duck.

Mati
Mati-Ullah is the Online Editor For DND. He is the real man to handle the team around the Country and get news from them and provide to you instantly.
Share
Facebook
Twitter
Pinterest
WhatsApp
Previous articleImran Khan survives, Jahangir Tareen disqualified
Next articleKhaqan promises all possible support to business community