Following Story was filed prior to the beginning of inaugural match of T10 Cricket League 2017 between Bengal Tigers and Kerala Kings on December 14.

The Shortest format of Cricket T10 League 2017 is set to kick off at Sharjah Cricket Stadium in UAE on Thursday evening with the inaugural match between Sarfraz Ahmed-led Bengal Tigers and Eoin Morgan-led Kerala Kings.

The match will begin at 09:00 pm as per Pakistan Standard Time (PST), and will be Telecast Live by Ten Sports and Geo Super in Pakistan.

There are six teams participating in the tournament which will conclude on December 17 with the 13th and final match. In a 90-mintue T10 match, each side will bowl 10 overs.

A total of 26 Pakistani Players are taking part in T10 League 2017 while only one Indian Player Virender Sehwag will be in the action. 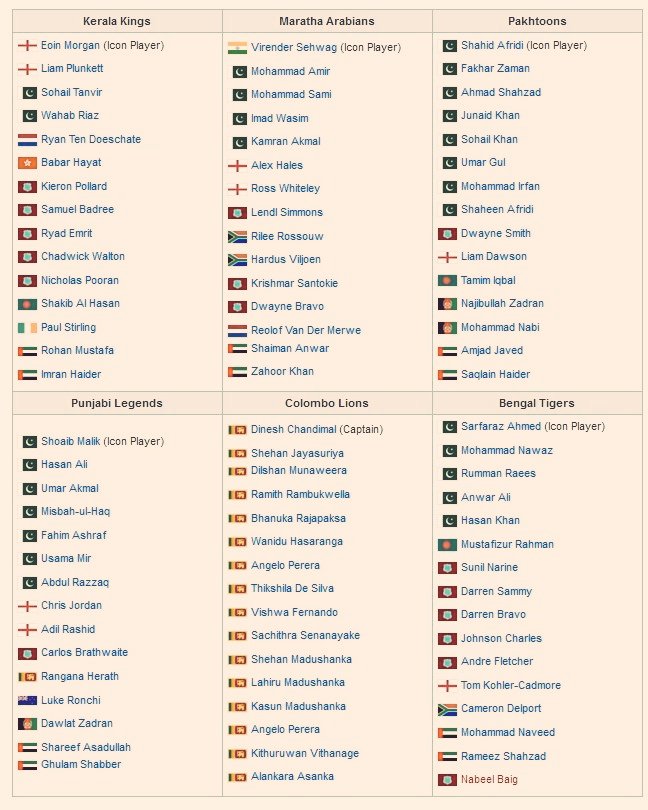