During the ceremony, the Tank Al Khalid-I, which is a joint venture with friendly Countries China and Ukraine, displayed some of its outstanding capabilities including mobility, speed, Bi-axis gun stabilization of the control system and use of smoke screen to mask movement. 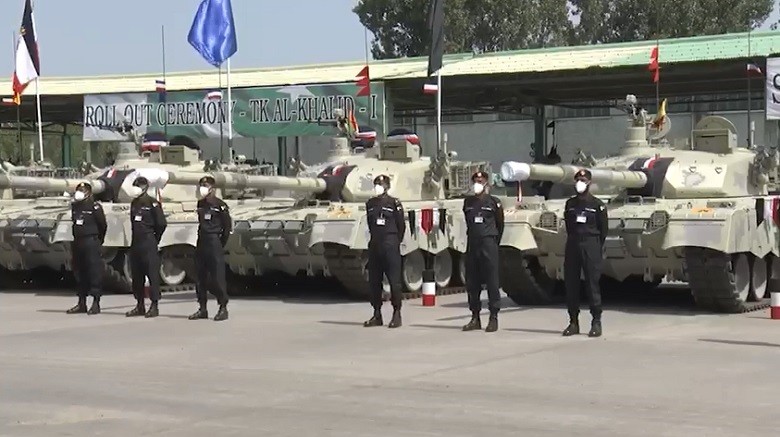 Al Khalid-I will be handed over to formations which have critical and decisive role during the war, the Inter Services Public Relations (ISPR) said.

The COAS expressed his confidence, satisfaction and appreciation for HIT’s state of the art products and capabilities.

General Qamar Javed Bajwa lauded the efforts of the HIT towards the attainment of self-reliance and manufacturing of world-class indigenous defense products, direly needed in evolving security environment.

However, if provoked we shall respond and respond with all our might, he added.

Mati
Mati-Ullah is the Online Editor For DND. He is the real man to handle the team around the Country and get news from them and provide to you instantly.
Share
Facebook
Twitter
Pinterest
WhatsApp
Previous articleLaunch of Impact Link: Social Enterprise Prize Challenge 2020
Next articleSperkai-Nano Khel land dispute: Jirga resolves century-old feud between Wazir and Mehsud