ISLAMABAD, Pakistan: The Federal Minister for National Food Security & Research Syed Fakhar Imam has suggested the export of processed mango products from Pakistan to South Africa such as mango pulp and dehydrated mangoes.

In a meeting with the South African High Commissioner to Pakistan M Madikiza in Islamabad on Thursday, the minister suggested an export-import relationship between the two Countries as when Pakistan has its mango season, South Africa’s mango season is off. 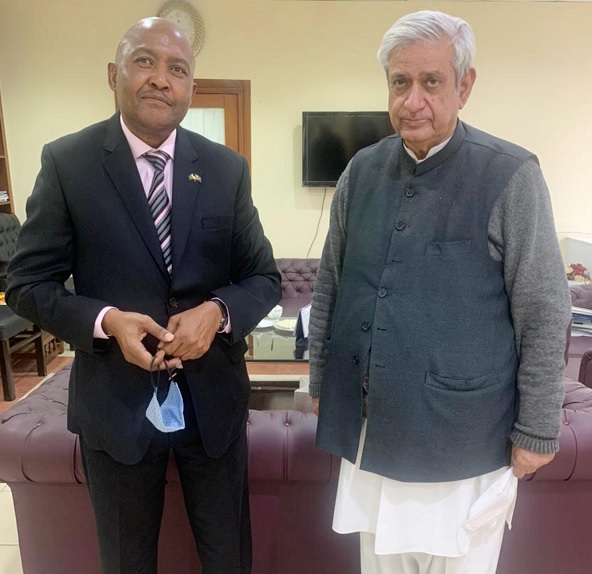 It was suggested by the High Commissioner to set up exhibitions in South Africa to attract investors to Pakistan, especially mangoes and oranges.

Both the dignitaries also stressed upon the need to promote tourism in Pakistan.

It was also mutually decided that Pakistan and South Africa’s ties regarding sports could be strengthened for the establishment of an even better relationship between the two Countries.