The 29th Edition of Sultan Azlan Shah Cup is scheduled to take place in the Malaysian City Ipoh from April 11 to 18, 2020.

As many as six teams including Pakistan, Malaysia, Australia, Canada, Japan, and Korea will participate in the event, in which a total of 18 matches will be played at the Azlan Shah Stadium in Ipoh.

In the tournament, Pakistan will play its first match against the Host Malaysia on April 11, the second against Canada on April 12, the third against Korea on April 14, the fourth against Japan on April 15, and the fifth against Australia on April 17.

The Final of Sultan Azlan Shah Cup will be held on April 18. 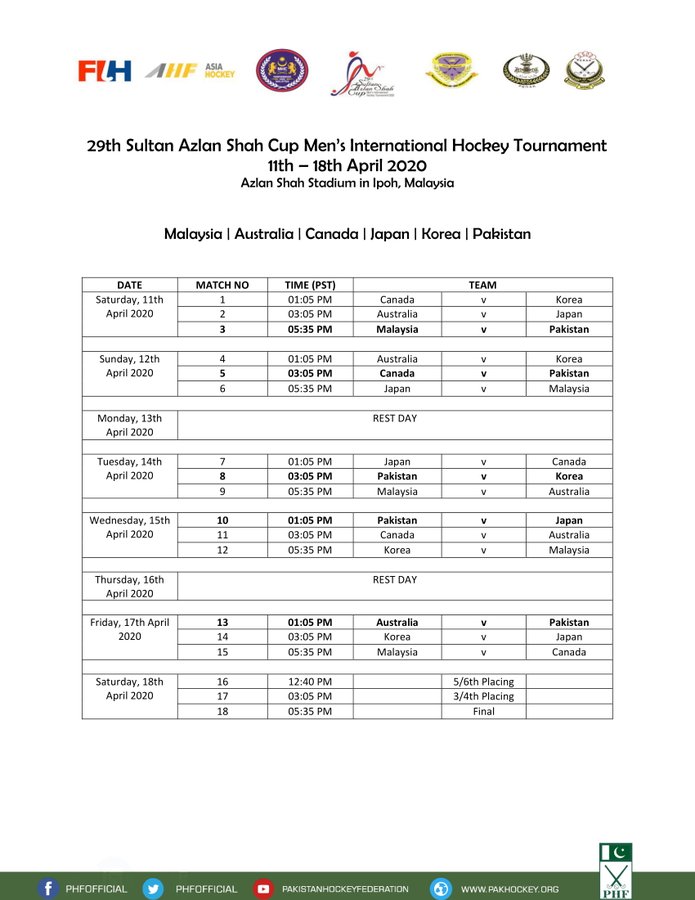 The Inaugural Edition of Sultan Azlan Shah Cup was held in 1983. The last edition in 2019 was won by South Korea.

Last time in 2011, Pakistan reached the final of Sultan Azlan Shah Cup; however, it lost to Australia 2-3.

It would be Pakistan’s 22 appearance in the tournment.

Mati
Mati-Ullah is the Online Editor For DND. He is the real man to handle the team around the Country and get news from them and provide to you instantly.
Share
Facebook
Twitter
Pinterest
WhatsApp
Previous articleIllegal gateway exchange raided in Sukkur
Next articleUber Hosts Workshop for Journalists at Lahore Press Club