KABUL, Afghanistan: The Foreign Minister Shah Mahmood Qureshi has said that the success of the Afghan peace process is imperative for lasting peace in Afghanistan.

In delegation-level talks with the Afghan Foreign Minister Mohammad Hanif Atmar in Kabul on Thursday, Qureshi said that Pakistan has always been supportive of the dialogue process for durable peace and stability in Afghanistan. 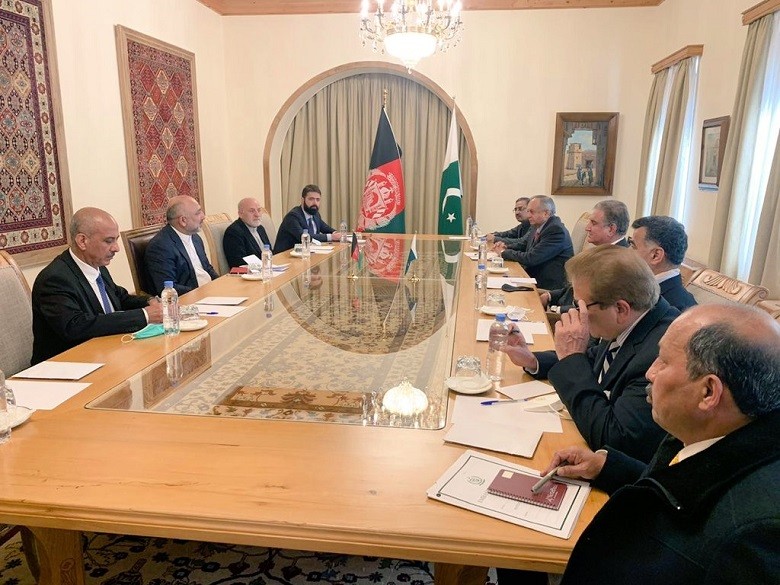 Shah Mahmood Qureshi noted that peace in Afghanistan is also important for the peace and stability of the region.

The foreign minister said that it’s a matter of satisfaction that the world today is acknowledging Pakistan’s stance and appreciating its facilitator role in the Afghan peace process.

Qureshi said that the transit trade and preferential trade agreements between Pakistan and Afghanistan will help promote the volume of trade and investment between the two Countries.

The delegation was accompanying Prime Minister Imran Khan on his day-long official visit to Kabul.

Mati
Mati-Ullah is the Online Editor For DND. He is the real man to handle the team around the Country and get news from them and provide to you instantly.
Share
Facebook
Twitter
Pinterest
WhatsApp
Previous articleHania Amir Shares Her Adorable Click From Childhood Memories!
Next articleDownload Sui Gas App and Pay Bill at Home During COVID-19