ISLAMABAD, Pakistan: The Minister of State for Parliamentary Affairs Ali Muhammad Khan has said that the status quo parties do not want change in the Country.

Talking to the media persons in Islamabad on Thursday along with the Parliamentary Secretary for Railways Farrukh Habib, the Minister of State said that everybody is equal before the law. 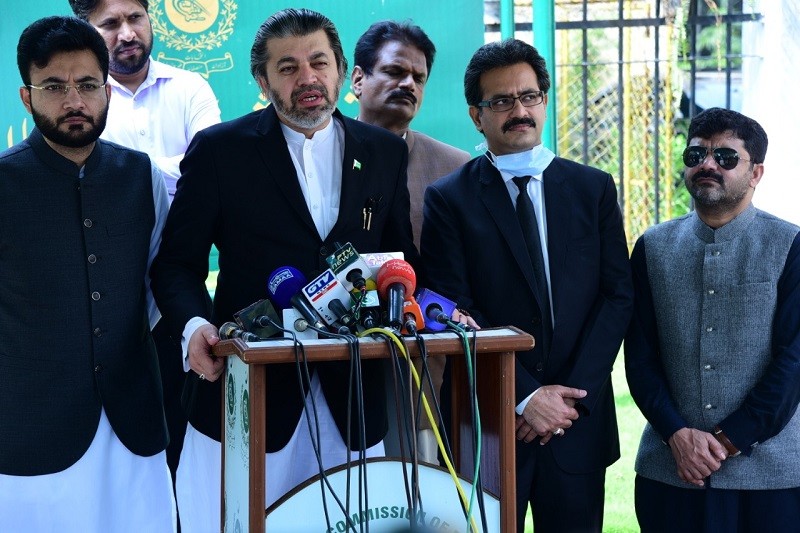 Ali Muhammad Khan said that just like Pakistan Tehreek-e-Insaaf (PTI), other political parties should also submit details of their accounts before the Election Commission of Pakistan (ECP).

Farrukh Habib said that the opposition parties are trying to blackmail the government over FATF-related legislation to seek an NRO.

Mati
Mati-Ullah is the Online Editor For DND. He is the real man to handle the team around the Country and get news from them and provide to you instantly.
Share
Facebook
Twitter
Pinterest
WhatsApp
Previous articleQureshi denounces blasphemous caricatures by French Magazine Charlie Hebdo
Next articleSadaf Kanwal – Our Ten Favorite Pictures From her Instagram Account