Islamabad, Pakistan: Sri Lankan Muslim community is waiting for the historic visit of Prime Minister Imran Khan to Colombo Sri Lanka, and has expressed great expectations with PM Imran Khan.
Talking to DND News Agency, a senior journalist from Colombo Yasir Laheer was of the view that the Muslim Community of Sri Lanka always looks towards Pakistan as a brotherly country and appreciated the clear and stiff stance of Prime Minister of Pakistan Imran Khan over Islamophobia.
He stated that Muslims in Sri Lanka is going through a tough phase after Easter Attacks and they have been facing difficulties because of their religious background. He stated that PM Imran Khan is one of the leaders in the Muslim world who have the courage to stand for Muslims and exposed conspiracies to defame Muslims all over the world. He was of the view that PM Imran Khan should also raise the issue of Islamophobia during his visit to Sri Lanka and should tell Sri Lankans people that neither Islam nor Muslims are terrorists rather there is a huge conspiracy that is portraying Muslims as terrorists.
He was of the view that Muslims have become vulnerable in Sri Lanka. Pakistan helped us in our fight against terrorism.
Akbar Cassim was of the view that Quaid-e-Azam Muhammad Ali Jinnah was a role model for Muslims of Sri Lanka and Jinnah is one of the most respected personalities for Sri Lankan Muslims. 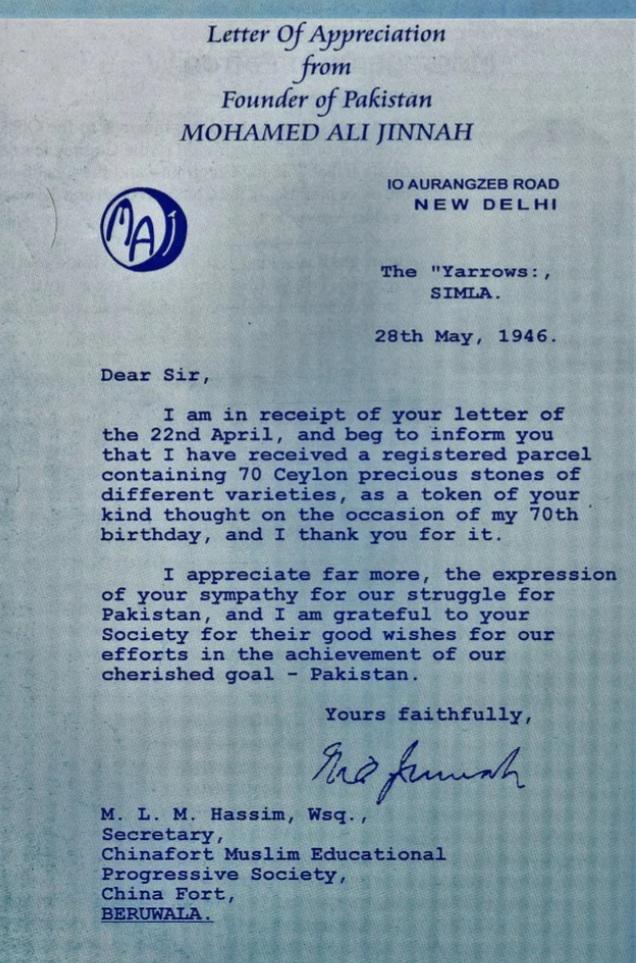 It is pertinent to mention that Throughout history Sri Lankan Muslims are well connected to Pakistan and the people of Pakistan.
Muslims of Sri Lanka and Pakistan have historic relations as old as the advent of Pakistan and M. L. M. Hashim who was Secretary of China Fort Muslim Educational Progress Society sent 70 gem precious stones to Jinnah on the occasion of his 70th birthday because Jinnah was a freedom fighter and leader of Muslim Ummah. Jinnah sent him a letter of thanks and hoped that relations between Sri Lanka and Pakistan would flourish in the future.
Shakeel Mohamed, a lecturer was of the view that Muslims are facing troubles in Sri Lanka and the community feels many challenges.
Prime Minister Imran Khan will visit Colombo on Monday on an invitation extended by his Sri Lankan Counterpart Mahinda Rajapaksa, the Foreign Office confirmed on Thursday.

“The Prime Minister of Sri Lanka, H.E. Mahinda Rajapaksa had extended an invitation to Prime Minister Imran Khan to visit Sri Lanka, which was accepted by the later,” the Foreign Office Spokesperson Zahid Hafeez Chaudhri said in his weekly media briefing in Islamabad.
“Pakistan and Sri Lanka enjoy close cooperative relations, which are deep-rooted in history. High-level exchanges from both sides are a hallmark of this friendly relationship,” Chaudhri also said.