How Do Sponsorships in Cricket Work and What Are the Latest Rules?

SportsHow Do Sponsorships in Cricket Work and What Are the Latest Rules?
Sports
By Talal Farooqi
February 11, 2022

Sponsorship is nothing new in sports and is a valuable source of income for most clubs. Every sport has its own rules about what’s allowed, including the types of companies that can be a sponsor and where sponsorship information can be displayed.

Cricket is a sport that has always been renowned for its respectability, and the regulators will be keen not to be viewed as selling out their principles. Nevertheless, sponsorship is vital for cricket, with clubs at all levels seeking out the right kinds of deals.

But how exactly do sponsorship deals work, and what’s allowed in cricket? Here’s everything you need to know.

What is Cricket Sponsorship?

Sports sponsorship is a type of marketing deal that is done between the club and the sponsor. The sponsor agrees to pay the club a certain amount of money, and in return, the club decides to display the company’s name and logo in a specified way.

The benefits that the cricket club receive from sponsorship are very clear: financial payment. In some cases, it may not be money that changes hands, but services. For example, a roofing firm may provide repairs in lieu of cash.

For the sponsor, the benefits are a little less immediate and may take a while before they’re evident. Having their name and logo advertised means greater brand awareness and access to a broader audience for the company. The goal is to reach new potential customers who may be more likely to use their product or service because of their association with cricket. 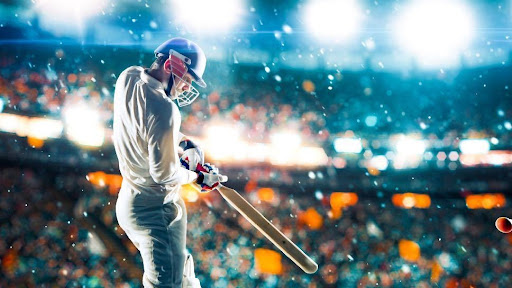 In theory, anyone can sponsor a sports club, although many have rules such as banning alcohol or tobacco companies.

However, the best sponsorship deals are where the sponsor and the sport have a common interest, where fans may have a genuine need for what the sponsor offers. For example, a sportswear company or a sports betting site will have products and services that could be of interest to the average sports spectator.

Who is Permitted to Sponsor Cricket Teams?

Although each sport has its own rules around sponsorship deals, these can vary from one country to another. This is because the country’s individual laws play a part in determining who can advertise as part of a sponsorship deal.

The different betting markets on cricket are an excellent example of this because betting sites haven’t historically been permitted to advertise in every country. This is because every country has its own laws around betting, and in some places, it’s not legal – although that is slowly changing in places such as the US.

Alcohol and smoking have been removed as sponsors in many sports, and in the UK, a ban on advertising so-called junk food will be in force soon. Although the general brand can still be used, that will prevent chocolate bars, crisps, and other snacks from being widely promoted.

In some countries, the types of bans can be surprising. For example, the Indian Board of Control for Cricket has outlawed any sponsorship deals with cryptocurrency exchanges. Given the soaring popularity of cryptocurrency around the world, it may seem like a strange move, but it’s because the Indian government hasn’t yet set the necessary legislation around crypto regulation.

There’s no question that sponsorship in cricket will continue to represent a vital part of revenue, but there could be significant changes around who and what can form part of a deal in the future.