ISLAMABAD, Pakistan: The Foreign Minister Shah Mahmood Qureshi has said that soon they are going to establish Special Economic Zones (SEZs) under the China Pakistan Economic Corridor (CPEC), which he termed, as the epitome of change in the region.

Talking to a Chinese delegation which led by the Ambassador Yao Jing met at the Ministry of Foreign Affairs in Islamabad on Thursday, the minister said that Pak-China friendship has become a great example of success in this era. 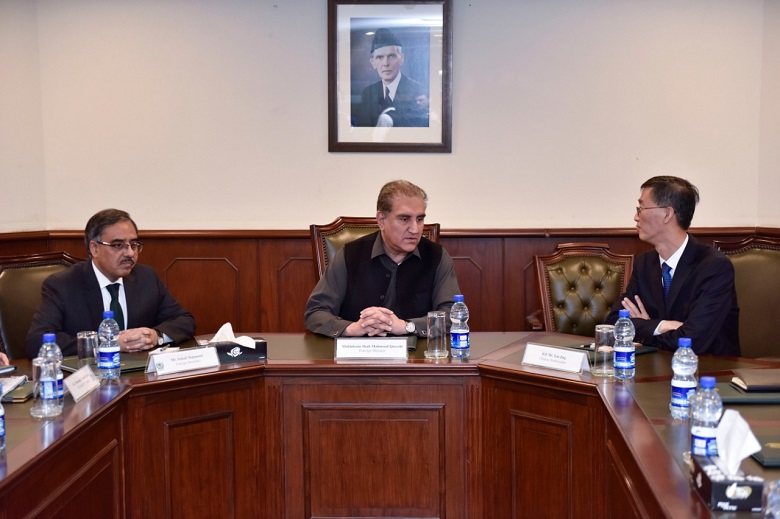 The foreign minister said that the close affiliation between Prime Minister Imran Khan and the Chinese President Xi Jinping guarantees development for only the two Country but for the entire region.

Shah Mahmood Qureshi said that with the completion of projects like CPEC and One Belt and One Road, impediments would be removed, the people would come close to each other and relations would further improve. He added that the completion of CPEC would ensure the beginning of an era of economic growth and prosperity.

The foreign minister further said that the CPEC Authority has been established to ensure the timely completion of all projects under CPEC. He said that in the second phase of CPEC, their focus remains on industrialization and economic & social development.

Thanking the foreign minister, the Chinese ambassador said that China is a time-test friend of Pakistan as well as remains an important transit route. He said that CPEC would help boost the relations in the region, and which are the key to promoting mutual ties.

Mati
Mati-Ullah is the Online Editor For DND. He is the real man to handle the team around the Country and get news from them and provide to you instantly.
Share
Facebook
Twitter
Pinterest
WhatsApp
Previous articleReligious Minister assures improved Hajj facilities in 2020
Next articleImran Khan telephones Sri Lankan PM Mahinda Rajapaksa, invites him to visit Pakistan