ISLAMABAD, Pakistan: The Society for Protection of Rights of the Child (SPARC) celebrated the World Day against Child Labour in collaboration with Save the Children.

The SPARC held the awareness rally to highlight the problem of child labour and to find ways to eliminate it.

A large number of students and trainers from the skill centers established by the SPARC participated in the rally. 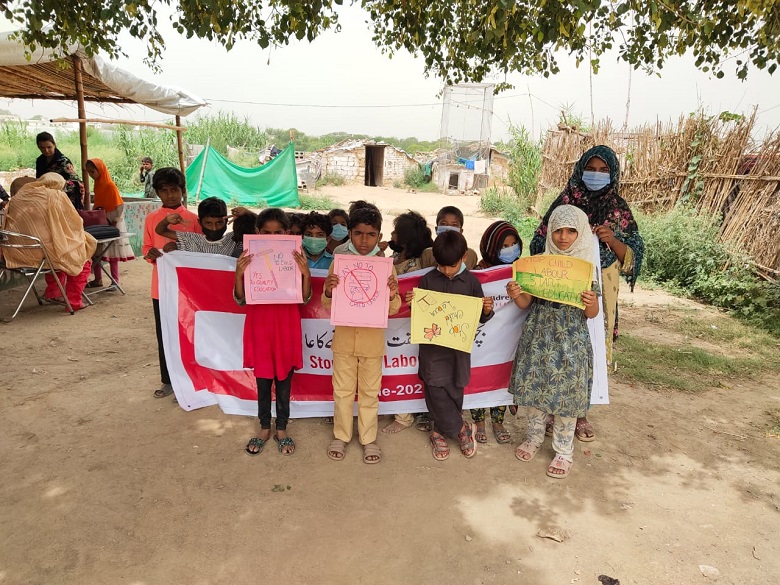 Childhood is the best period of one’s life but it is unfortunate for the children that, despite the ban on child labour, imposed by the government, the practice is still prevalent in our society.

At the event, participants raised banners and placards and intoned slogans to raise their voices against social evil – child labour, condemning child labour.

They also had placards about the harmful mental and physical problems faced by children forced into child labour.

They likewise hung slogans on various public places and intersections in Islamabad with prohibitions on Child Labour message.

The speakers highlighted the prevailing child labour laws in Pakistan. They showed their concern for 3.3 million Pakistani children who are forced to child labour due to different circumstances, depriving them of their childhood, their education, and health.

Similarly, they talked about lack of awareness and poverty as a root cause of child labour. Underprivileged parents send their children to earn, rather than sending them to school.

The speakers demanded the government to take immediate and effective measures to eradicate forced labour, modern slavery, and human trafficking as well as eliminate the worst forms of child labour.