The meeting was focused on strengthening Pakistan-Spain relations and co-operation in the field of science and technology. 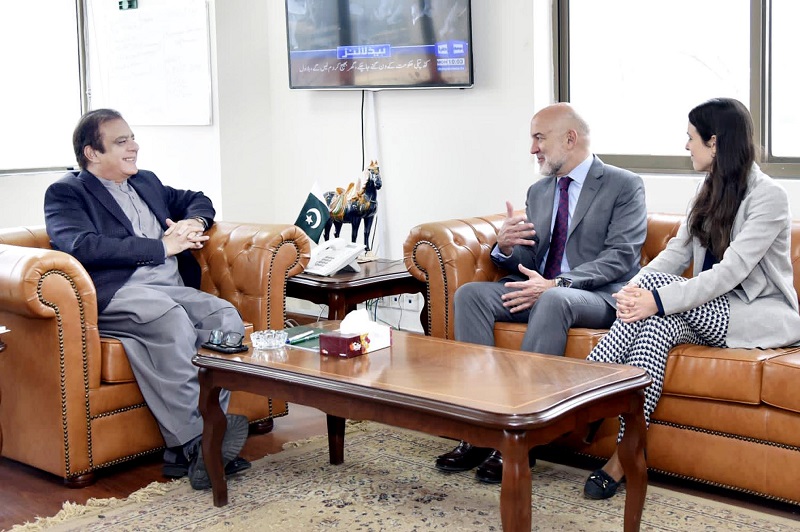 Shibli Faraz briefed the Spanish ambassador about initiatives taken by the Ministry of Science and Technology.

The minister told that the National Science Technology and Innovation Policy introduced by the Ministry will play a pivotal role in determining the direction of Science and Technological Development in the Country.

The federal minister opined that STEM and STEAM programs are the steps in the right direction to ensure paradigm shift in the field of education and development of young brains.

The Spanish ambassador appreciated the proactive role played by the minister and encouraged the co-operation and collaboration of two Countries in the field of science and technology.

The federal minister said that continuous engagement with Spain for scientific collaborations will further enhance the pace of development and growth.