ISLAMABAD, Pakistan: The Gender Crimes Cell (GCC) of the National Police Bureau (NPB) announced the soft launching of its first-ever bi-annual report on “Gender-Based Violence” for years of 2019 and 2020, broadly focusing on various gender violence.

The report was compiled on the basis of primary data on gender-related crimes, available with the NPB collected from all police organizations across the Country.

The report was launched on Thursday by the Director-General NPB Wajid Zia that was prepared by the Director GCC Azhar Rasheed khan with joint collaboration of the Parliamentarians Commission for Human Rights (PCHR).

The Director-General NPB graciously attended the launching event as the chief guest. 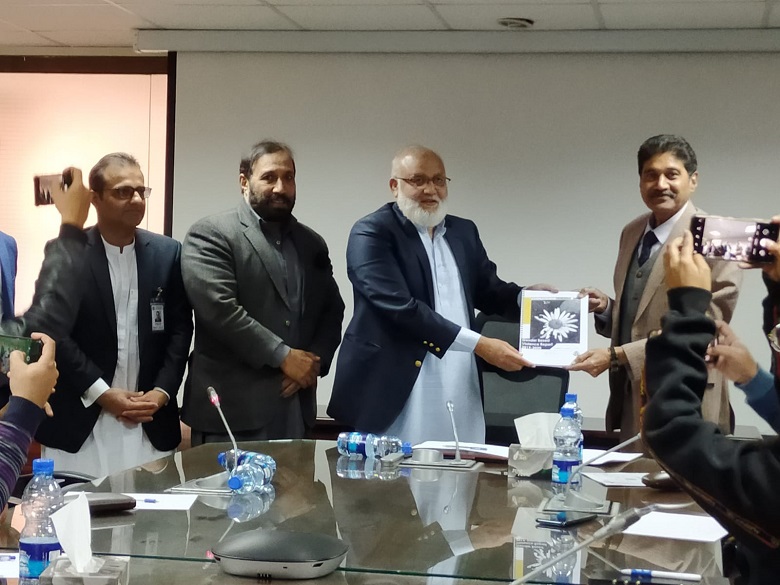 While the Executive Director PCHR Shafique Chaudhry and the Director GCC Azhar Rasheed khan highlighted various aspects of the research as key speakers.

In this context, media, civil society, police personnel, and other stakeholders were invited to NPB and were requested to share their valuable input on the soft version of the report before its formal launch in the coming month.

The Executive Director PCHR appreciated the efforts of GCC and emphasized that such report may be issued regularly and promised to strengthen the institutional support to Gender crime cell for its future research activities. .

It is pertinent to mention here that the hard launch of the report will be made soon after incorporating the input of the participants, attending the launching ceremony.

While addressing as the chief guest, the DG NPB said that through this report, an endeavor has been put in place to provide authenticity and verify statistics on reported crimes relating to GBV that will go a long way in fulfilling the thirst of researchers, in public as well as private departments, for reliable data.

It shall support and assist in the monitoring of various gender-related issues coupled with National and provincial indicators of gender-related offences in a society.

The NPB is hopeful that this report will have a far-reaching impact in countering issues of violence in the country and will also afford guidelines to the policymakers for furtherance law-making in this direction.