Monitoring Desk: After a series of clashes between Taliban and Iranian border security forces in Kang district of Nimroz province on Wednesday, the situation has become normal. No casualties were reported by either side.

Taliban spokesman Zabihullah Mujahid said that incidents of Wednesday resulted from a misunderstanding that had been resolved. , a spokesman for the Islamic Emirate, said that a clash broke out between Afghan and Iranian security forces in the border area of Kang district in Nimroz province on Wednesday, but has now been brought under control by both sides. 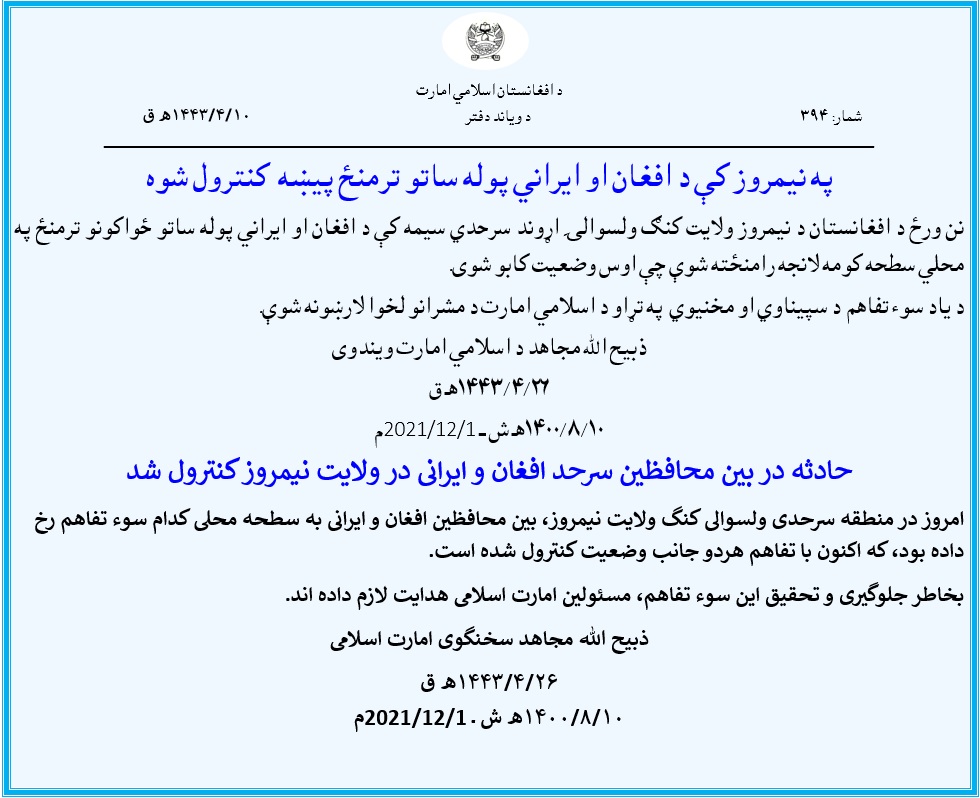 Officials of border security of both the countries would meet regularly in the future to keep the situation normal, said the Foreign Ministry of Afghanistan.

Iranian news agency Tasnim in its story said that some Iranian farmers crossed the border walls but were still inside Iran’s border when Taliban forces opened fire, thinking its side had been violated. Foreign Ministry of Iran through its spokesman Saeed Khatibzadeh said in a statement a “misunderstanding between border residents” had caused the fighting, without naming the Taliban. Iran and Afghanistan share an over 1,000-kilometer-long (621 miles) border.