Initially, when Prime minister Imran Khan was rooting for a Single National Curriculum (SNC), many believed that it will uplift the poor and make sure they get an equal right to education. Imran Khan boasted that the SNC would increase the standard of education public schools currently get.

To end disparity in the education system, Imran Khan launched the SNC on August 16th 2021. Soon after its launch netizens were quick to notice its flaws.

Many have accused Imran Khan of perpetrating extremism and have often compared his policies with those of Muhammad Zia Ul Haq’s, former president of Pakistan. He has also been called a “rape apologist” as he has blamed a rise in sexual assault cases on women’s dressing. The SNC is being blamed for being just another tool used to validate “rape culture” that persists in our society.

Opposers of the SNC have taken the social media by storm. Many have expressed their frustration on the on very problematic cover pages of some of the books. 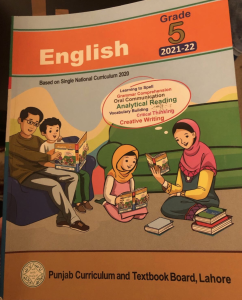 A netizen tweeted: “Got to hand it to Imran Khan. He knows his supporters misogyny, sexism & fascism better than they know themselves.”  Another wrote: “Why are western clothes acceptable for the males and why is a little girl or for that matter even the older woman in an attire that is not necessary within the immediate family?”.

Another netizen commented: “Ours is a sick, perverse society. It’s utterly ridiculous to have 7 year olds girls in hijab. Is this not tantamount to sexualising children and endorsing pedophilia?” 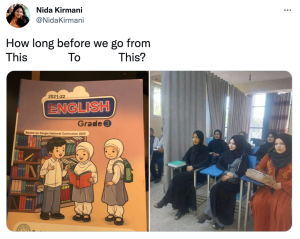 Whether the Single National Curriculum is going to be effective in bridging the educational gap between the rich and the poor is uncertain. However, the repercussions will be inevitable if its shortcomings are not addressed.