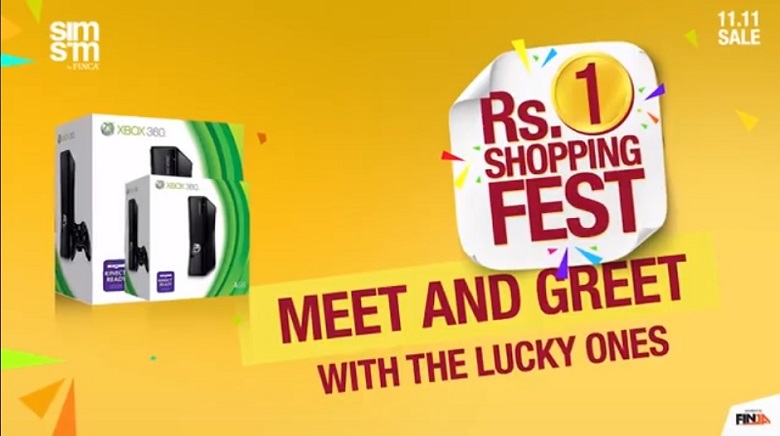 In addition to that, SimSim also held a lucky draw at the Festival and offered its Users to win iPhone X, Samsung S9 or PS4 by simply purchasing anything from the online marketplace.

Meanwhile, various people who won the lucky draw also shared their delightful experiences, as can been send in the following Facebook Video;

Similar, Rs 1 deals and other flash deals were also offered in the “Rs 1 Shopping Fest” by SimSim Pakistan.

They have now created the first ever wallet integrated, non-COD ecommerce marketplace which allows both the merchant and consumers to leverage the cashless model and enjoy real time and frictionless online shopping.

We are surely looking forward to more such exciting deals and promotions.

Mati
Mati-Ullah is the Online Editor For DND. He is the real man to handle the team around the Country and get news from them and provide to you instantly.
Share
Facebook
Twitter
Pinterest
WhatsApp
Previous articleSimSim Pakistan Sells Xbox, IPhone X And More For Rs.1 Only
Next article22 TV Channels served notices for irresponsible Coverage of Chinese Consulate attack