Despite the freezing cold, Decembers are always amiable in Copenhagen. Occasional snow, Christmas lights, people packed in decorated malls, the aroma of freshly baked cinnamon buns and peppermint tea everywhere. Elves on shelves with their naughty trickeries, radiant faces of children dreaming of all the possible gifts they are going to receive with beautiful traditional Christmas carols in the background are the perfect recipe for a mesmerizing, enchanting winter.

The delightful annual musical concerts in local churches where my beautiful young ladies play violin and piano are the highlight of the holidays and the best bit of December. This year I was waiting more eagerly, as last year everything was terminated due to a pandemic.

Today my daughters approached me with gloomy faces and wanted their names to be withdrawn from the Christmas concerts. Initially, I was infuriated considering it another teenage spectacle, however, my fury quickly curdled into extreme agony and embarrassment after hearing their argument …. Mommy we don’t want to be killed, we don’t completely know Christian traditions and the proper way to behave in churches, what if we by mistake do something wrong…!?! I instantly recognized the datum behind their claim. Although we try to safeguard our children from difficult news and unnerving occurrences, social media does not show mercy.

In the last few days, I was struggling not to think about the Sialkot incident. I was doing a lot of endeavors to forget the gruesome bloodshed of Priyantha Diyawadana, struggling not to remember his fractured, humiliated, and burned body, his shocked wife, and two innocent kids. I was hoping that somehow the red in Christmas will camouflage the footage of the bright crimson blood flowing from the young, trampled body of Priyantha Diyawadanna …

I was attempting to customize with the reality that red is the new black in my country. Assassinations of Guiltless people, rambles on social media, half-parched philosophies on news channels taking advantage of the situation to raise their ratings, a couple of blatant tweets by politicians, then a sudden appearance of some phone calls proving the hand of aliens in such circumstances, clatter on social media again, victims turning into attackers and vice versa.

Partitioned a nation, millions of unserviceable beliefs, stripped responses, hilarious law enforcement strategies, and expedient inaction are the new norms to be understood.

My inference was interrupted by my daughters’ demand for a reasonable explanation. Closing my eyes, and turning my back was not an option. They wanted to hear the truth. –as bitter as it may be. I grapple for the most articulate, sensible sentences …

— Islam is a religion of peace.

—Those who did this were not following Islam.

— They were bad examples of people.

—It was a miscalculation.

—-Foreign forces are paying to disrupt the peace of our country and It’s a defaming scheme against Pakistan.

—There might be some other behind the scenes reasons we yet did not know.

I explained my narrative, but they had a counter-narrative to every single one of my statements. I informed them that killers were not following Islam and my daughters raised the question, why mommy? Were they not Muslims? I said they were bad humans, they inquired where were the good ones? there were so many, how come all of them were bad? Was the killer of Noor Muqaddam worse or somewhat less bad than the killer of Priyantha Diyawadanna?

I stated in a quaking voice that it was a misunderstanding and they refused to accept the slaying of a living breathing being as a mere blunder.

I hesitated when I said that foreign powers might have paid for that since there was supposed to be a foreign delegation inspecting the factory that week, and they questioned, to whom?? Where, in between those inhuman kicks, horrendous punches, breaking bones, heart-wrenching screams, and burning flesh, did the unbelievable monetary transaction take place? No. They were not interested in foreign donors, they wanted to know who the Pakistani recipients were who did this in exchange for benefits. They were not paying attention to which outside force was trying to defame Pakistan, they were eager to know why Pakistanis were so willing to be defamed?

Finally, I concluded the discussion that there must be some information and details which I personally did not know, and they interrogated —is he not really dead? was it a drama — who staged it? who was the director? as in real life, everything happens on stage and nothing behind the scenes. All my rationalities replies and theories failed to justify the terrible manslaughter of Priyantha Diyawadanna and the angry mob taking selfies along with a real burning human body.

While talking, I recalled an international psychological conference I attended weeks earlier. It was about the difference between narcissists and psychopaths.

A Psychopath is defined as someone who is callous, unemotional, and morally depraved.

Finally! Some elucidation! This definition checked all the boxes —yes, it is not a lack of religion, it’s not a lack of education either, it’s not because of foreign agenda/funding, it’s not that some clandestine forces are always trying to deprecate Pakistan, neither a misinterpretation or nor can it always be simply explained away with a behind-the-scenes hypothesis.

The only rational explanation my mind believed before I forwarded it to my daughters was that generation after generation my country is producing gangs of psychopaths —not born psychopaths, with the so-called ‘Psychopath Gene’, but as per the Nature vs Nurture philosophy, engineered or custom made rather, under the perilously blind enabling love of parents, with happy-go-lucky supervision of teachers and through the nurturing facilitation of a forged society.

My daughters heaved a sigh of relief, ultimately agreeing with me and said, Thanks be to Allah, those psychopaths are not permitted HERE at the very least! Whew! Mom, did you also pass a Psychiatric evaluation before getting a visa for Denmark?

Hisssssss… The loooong snake at 99 gobbles me up and I am back at square 1. Defeated, with countless queries in my mind… if we are a generation of psychopaths, how are we immediately cured after stepping onto European, American, Saudi Arabian soil? There must be some age-old sorcery to this! Visa itself can’t be a cure to the ailment we seem to have! What kind of influence does this environment, this culture has on us that the beast is tamed, and we suddenly turn into tamed church mice? Psychopaths are psychopaths, their behavior is not influenced by time and space… Right? 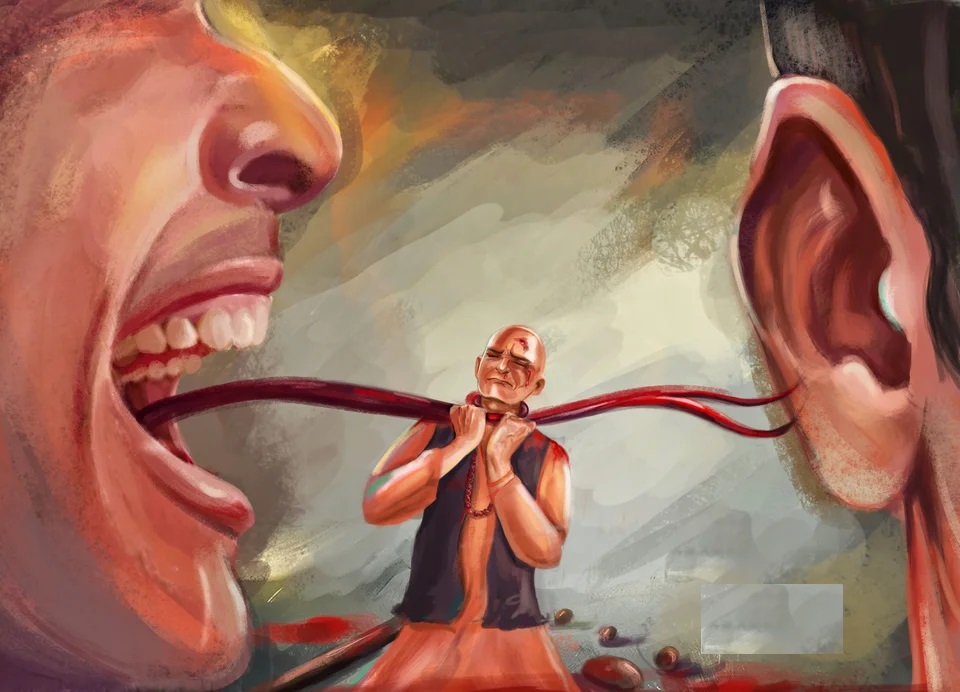 Maybe I am too punitive. So, we will just take a step back –let’s not call anyone a psychopath or sociopath. Let’s just call a spade a spade and call ourselves out on what we really are. A crowd of insensitive people who has not yet learned to accept NO as an answer. Let’s say we can POTENTIALLY be emotionless human beings, cruel individuals, often more sadistic than masochistic who secretly take pleasure in the occasional impertinence and the damage we may have caused in a crash and burn of physical and emotional human suffering.

Our heartlessness is acquired, our immorality trained, and our hostility learned over years. We are born normal; the belligerence is planted into us.

Our faults overlooking homes, the crime-enhancing streets, the vile, almost toxically competitive, a cut-throat environment in schools, and an anarchic society build us.

No… We are not psychopaths, but we aren’t blameless either, because we are worse. We, sir, are opportunists.

Occasionally we sell our pens, every once in a while, our wisdom, and believe it or not, many times our souls, depending upon the chances and the given circumstances. Some of us only get the chance to eat the warm piece of meat from our sister’s plate, drink her glass of milk. Some are fortunate and are provided with occasions to sing vulgar songs in the streets, cat-calling young vulnerable school-going girls. The next level ones con their employers, utilizing office resources for private purposes or embezzling funds, a few may enjoy the delicious food of starving zoo animals, the lucky ones are the hard-core criminals, the big fish, beyond reproach, getting the opportunity to fly abroad.

The availability of opportunities renders us different beings, or else we are in the same yacht. Some rape strangers and some attack familiars. Some act out individually, some suddenly (UNEXPECTEDLY?) become a MOB. Many unfortunates get the minuscule, isolated opportunity of beating their wives to death, few are presented with a golden ticket to a big stage killing — the mob lynching of Priyantha Diyawadanna.

Opportunists say YES to whatever is offered. Also, to what is NOT offered or theirs for the taking. There is perhaps some cure for psychopaths, but there is no cure for opportunists. The silver lining though is that those opportunists are cowards. They stop when they are threatened. They drop the stone when they see the gun. They can only fight the defenseless and vulnerable and can’t take bullets on their chests. The scars they give and receive are poisonous daggers often in the back.

The desires of opportunists become violent in the absence of fear. Their desire of power, appreciation, control, wealth, luxuries, and lust grows destructive when left unchecked.

Fear itself is of two kinds– Intrinsic- of our inner moral compass and Extrinsic- created by the Law. The absence of either or both of them is the main reason behind the current state of affairs in Pakistan. And a more or less strict presence of at least one of it (law) is the reason behind us turning into decent individuals while living abroad. The fear generated by the inner ethical compass requires the energy and effort of generations. I am not declaring that it is unattainable, however, it takes time before we have learned, unlearned, and relearned a lot of prodigies. Fear of Law on the other hand remedies immediately and swiftly, it is wondrous.

So, let’s begin with the punishment of one crime at a time, an exemplary one preferably. Let’s begin with Priyantha Diyawadanna…. Let his ruthless lynching not be in vain. Let justice be served for him and his be grieved family. His inconsolable widow, his innocent kids, his mother who doesn’t even know yet. Let’s not forget his charred, brutally beaten body after a few days… with all his bones broken except one left foot.

Let’s provide our children the opportunity to create their inner moral compasses. Let’s restore their hope in humanity. Let’s help each other in creating a generation of non-opportunists—the doers, the collaborators, and the benevolent.

We shudder at the inhumanity,
the crafted cruelness of that sickening show:
the stripped humiliation, blasphemy
of beaten flesh, death’s agonies stretched slow
by fellow men created in God’s image,
turned terrorists, enslaved to sin’s strange fruit.
How could they mock the marred and lifeless visage
of God’s own child? His axe is at the root!—

Note: Dr. Fozia Kamran Cheema is a pain management physiotherapist at Copenhagen University Hospital, Copenhagen Denmark. She can be contacted at her Email. You can follow her on her Twitter also