ISLAMABAD, Pakistan: The Federal Minister for Information and Broadcasting Senator Shibli Faraz has emphasized the Pakistan-Cuba cooperation in the field of culture, saying that Pakistan has a rich and diverse cultural heritage that needs to be shared with the Cuban people.

Talking to the Cuban ambassador who paid a farewell call on him in Islamabad on Wednesday, the minister said that collaboration in the areas of culture and media would help promote Pakistan-Cuba bilateral relations. 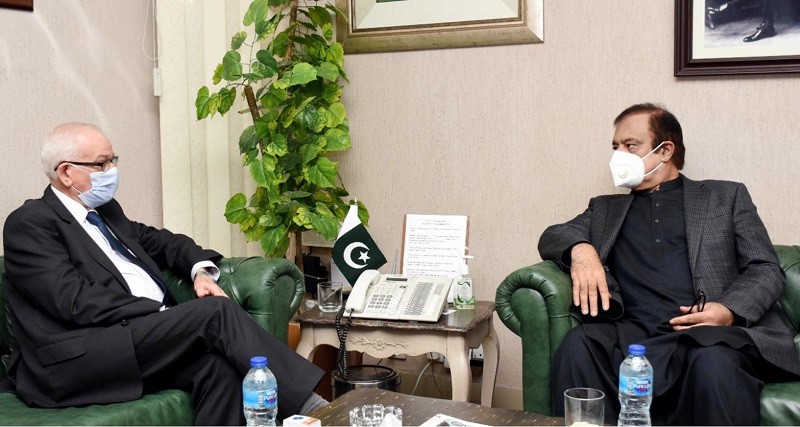 The information minister said that Pakistan and Cuba enjoy cordial relations, especially thanking the ambassador for the scholarships offered in the medical field to the students of areas badly affected in the 2005 earthquake in Pakistan. He said that a large number of Pakistani students had benefitted from the scheme.

Shibli Faraz said that Cuba is a resilient nation which has made a remarkable contribution in the spheres of sports, music, and medicine.

The Cuban ambassador appreciated the minister’s remarks regarding Cuba and its people and said that Pakistan has supported them at the diplomatic level.

Gabriel Tiel Capote emphasized the need for the implementation of various Memorandum of Understandings (MoUs) signed between Cuba and Pakistan in different fields for the mutual benefit of the people of both countries.

Both sides also discussed the measures taken by their governments to combat the COVID-19 pandemic.

The minister wished the Cuban ambassador the very best in his future diplomatic engagements and hoped he would carry good memories of his stay in Pakistan.

Mati
Mati-Ullah is the Online Editor For DND. He is the real man to handle the team around the Country and get news from them and provide to you instantly.
Share
Facebook
Twitter
Pinterest
WhatsApp
Previous articlePM Imran Khan assures to fulfill Hazara Community’s demands
Next articleWork underway for provision of 4G Services in Gilgit-Baltistan: IT Minister