ISLAMABAD, Pakistan: The Ambassador of Hungary Bela Fazekas met the Federal Minister for Science and Technology Shibli Faraz in Islamabad on Monday, and invited him to attend Planet Budapest 2021 – Sustainability Expo and Summit to be held in November 2021.

During the discussion, both sides agreed on the need to further enhance Pakistan-Hungary bilateral relations in the field of Science and Technology. 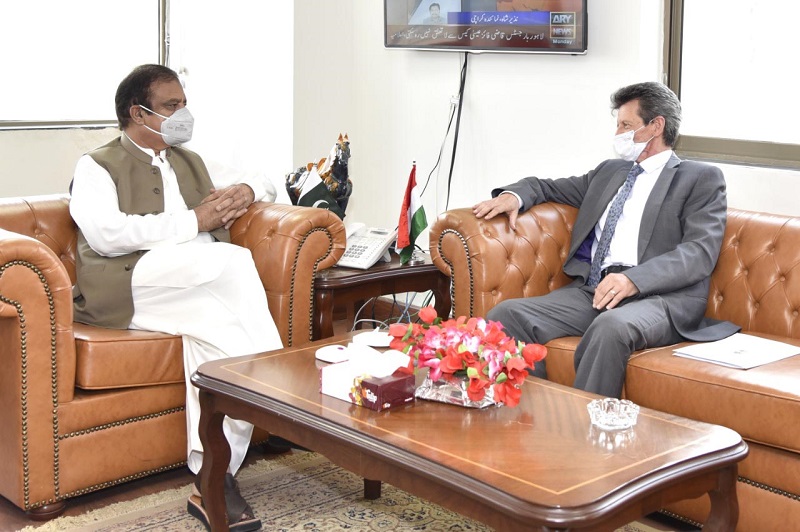 Speaking on the occasion, the federal minister said that Pakistan is among the Countries worst affected by climate change. He added that therefore our focus is on water management, agriculture and food security.

The minister informed the ambassador that Pakistan is also organizing a national conference on water issues which will be followed by an International Conference.

Shibli Faraz emphasized that both Countries can learn a lot from the expertise and experiences of each other.

While appreciating the Hungarian scholarships for Pakistani students, the federal minister said that all of these graduates will be the ambassadors of Hungary in Pakistan and will contribute toward further strengthening the people-to-people contact.

The minister also suggested that internships and skill development trainings in technical and scientific fields could also be included in these programs.

The Hungarian ambassador said that both Countries have signed a number of MoUs in the field of Science and Technology.

Bela Fazekas vowed to continue efforts towards building a strong and mutually beneficial relationship between the two Countries.