PESHAWAR, Pakistan: The Prime Minister’s Special Assistant on Establishment Mohammad Shehzad Arbab visited the Torkham border to resolve the issue of stuck up containers at Peshawar and Torkham.

During the meeting, Shehzad Arbab was briefed on the issue of stuck up containers in detail and the arrangements at the border for the people to people contact and the ease of mutual trade between Pakistan and Afghanistan.

It was informed that presently around 3,000 export and transit containers are stuck up in Peshawar whose clearance on a priority basis is necessary to improve the bilateral trade relations. 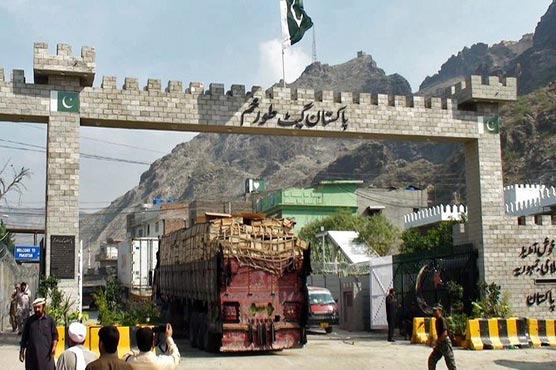 On the occasion, Shehzad Arbab said that improving the bilateral trade relations and people to people contact with brotherly Islamic country Afghanistan is the part of the vision of the incumbent government.

Therefore, we shall take all the necessary measures to remove the hurdles in the smooth operations of trade between Pakistan and Afghanistan.

After the detailed discussion, it was decided to increase the number of containers up to 800 per day to be cleared in order to decrease the backlog.

Further, all stakeholders also agreed to increase the export volume to Afghanistan and to streamlining the trade processes.

Earlier, the Special Assistant on Establishment held meeting with the Chief Minister Khyber Pakhtunkhwa Mahmood Khan in Peshawar to resolve the issue of stuck up containers at Peshawar and Torkham.

The Special Assistant on Establishment Mohammad Shehzad Arbab is the head of the Task Force of the Executive Committee of the Pak-Afghan Parliamentary Friendship Group (PFG).

The said Task Force has the mandate to liberalizing border trade with Afghanistan and making the overly restrictive visa regime more facilitative for bilateral trade and people to people contact.